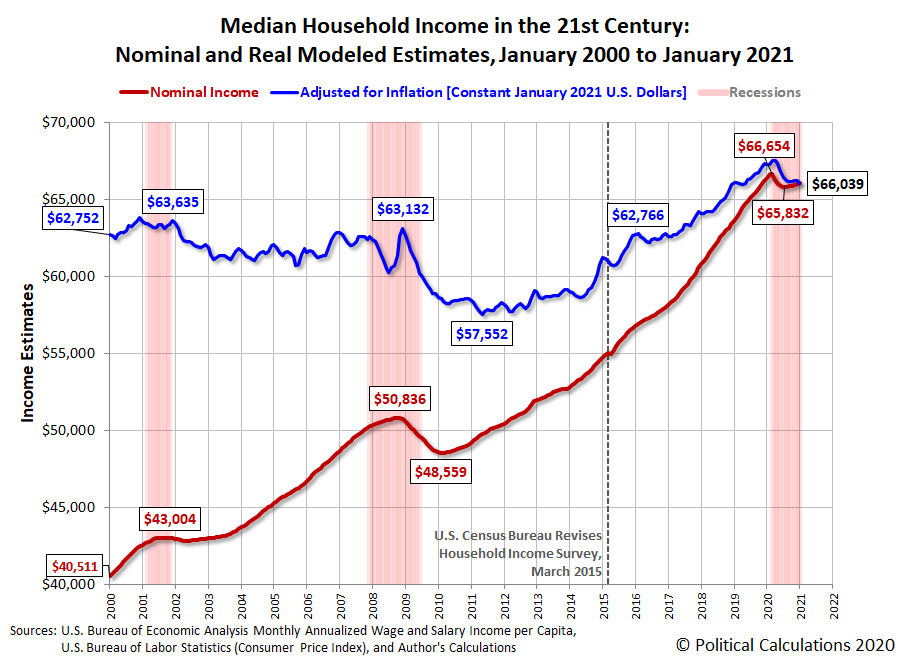 The cause of the decline after months of recovery can be found in the renewed lockdown measures imposed by several state and local governments in late November or early December 2020, such as in California, Illinois, New Jersey, New York, and Pennsylvania, to identify the lockdown states with the largest populations. The data for December 2020 had indicated the rebound in median household income was slowing. The data for January 2021 confirms their negative impact.

The BEA issued minor downward revisions of the received aggregate wage and salary dispersement data we utilize in generating our estimates of median household income for the period covering July 2020 through December 2020.

As promised earlier this year, we're rolling out a new near-real time economic indicator based on average individual earned income (income earned only from wages and salaries). Here's a sneak preview of what it looks like! 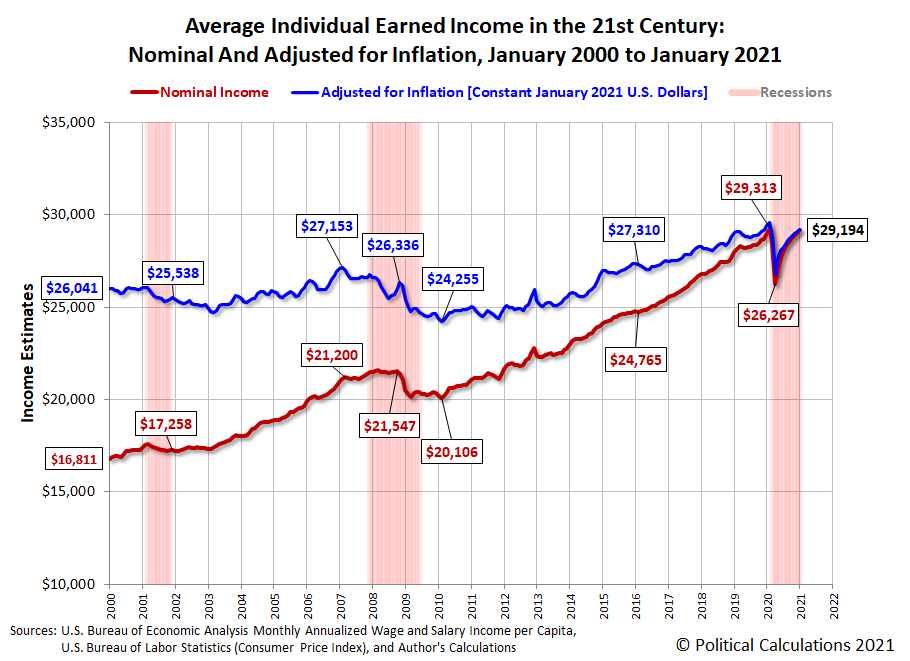 At first glance, average individual earned income per capita looks to be both more sensitive to changes in trends and more volatile than median household income. It's also easier and more direct to calculate. We'll discuss it at greater length after we've taken it for an extended test drive behind the scenes.

Sentier Research suspended reporting its monthly Current Population Survey-based estimates of median household income, concluding their series with data for December 2019 before ceasing to operate in early 2020, as its principals have retired. In their absence, we are providing the estimates from our alternate methodology for estimating median household income on a monthly basis. Our data sources are presented in the following section.