Compared to the period from 1950 through 1980, the S&P 500 (Index: SPX) of the last four decades experiences notably fewer long losing streaks. But during the last twenty years, those losing streaks have become substantially deeper.

We've calculated the smallest, largest, median and mean declines the S&P 500 experience during its longest losing streaks of six trading days or longer in duration beginning in the periods of 1950 through 1980, 1981 through 2000, and 2001 through this point of 2021. That information is visualized in the following chart: 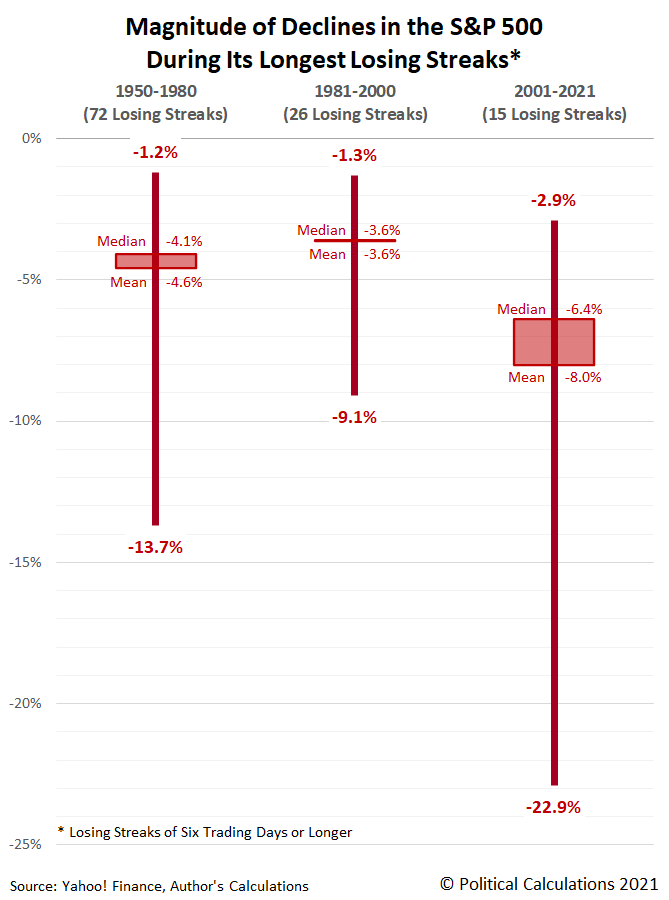