We're marking a unique achievement today, the development of which has eluded mathematicians, biologists, and fowl farmers for centuries: a universal formula for avian eggs!

Here's a diagram we created to mark the occassion, followed by the formula presented in a recently published paper by Valeriy G. Narushin, Michael N. Romanov, and Darren K. Griffin. 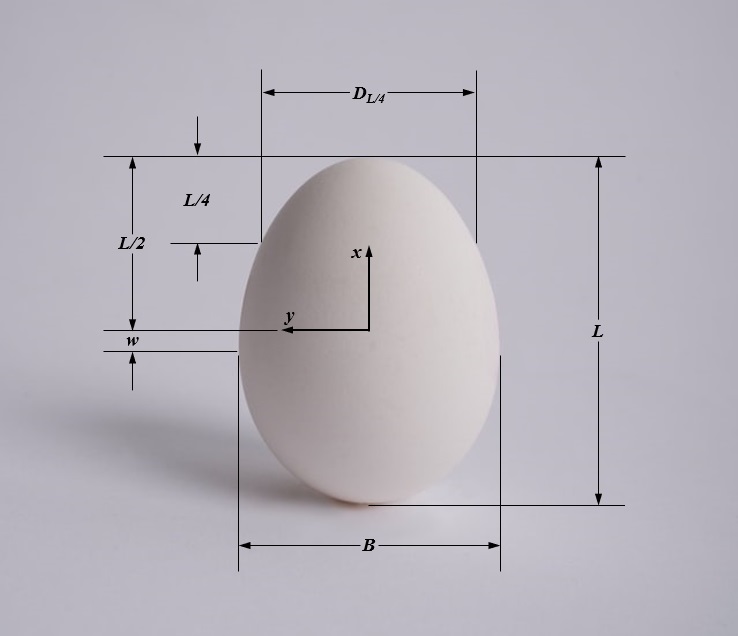 The press release issued by the University of Kent explains what's now possible because of the development of a universal formula for bird eggs:

This new formula is an important breakthrough with multiple applications including:

The "Gherkin" is the nickname of a visually distinctive building at 30 St. Mary Axe in London. The next time any architects want to make a building that looks like an egg, they'll finally have the math to make it happen!

Image Credit: Photo by Jasmin Egger on Unsplash, to which we added the dimensional annotations.