Power laws show up in a lot of different places. That includes things like stock prices and income distributions, which is why developments in maths related to the topic of power laws catch our attention.

That brings us to a story from earlier this year that we've recently caught up with. We came across it via a university's PR news release with the clickbait title "Financial crashes, pandemics, Texas snow: How math could predict 'black swan' events".

We don't think much of that type of PR sensationalism, so we set it aside to review later. After all, we've seen the PR departments at universities function much like those scam scientific journals that will literally publish gibberish if you pay them. Usually after we get to reviewing such pieces, we end up sweeping the stories into the garbage. Where most of them belong.

This one turned out to have some meat behind it. It relates to when and how Taylor's Law may be successfully used to estimate the variance of a population based on the mean of smaller samples measuring it.

Named after ecologist Lionel Roy Taylor, who developed it after realizing the total variance of the animal population in a region (such as moths) is proportional to a power of the mean of the sampled population of animals counted at the same time at several different sites within it (such as the counts of moths captured overnight in traps spread over the region).

In this power law equation, A and B are constant values, the mean is that for the different samples of the population, and the resulting variance applies for the total population. This expression becomes a linear equation when using logarithms:

It had been assumed that Taylor's Law would only work well when dealing with a population whose variance in either space or time is described by a normal Gaussian distribution, the kind represented by a standard bell-curve in statistics. Joel E. Cohen, Richard A. Davis, and Gennady Samorodnitsky however have demonstrated in a 2020 paper that Taylor's Law holds for heavy-tailed distributions. 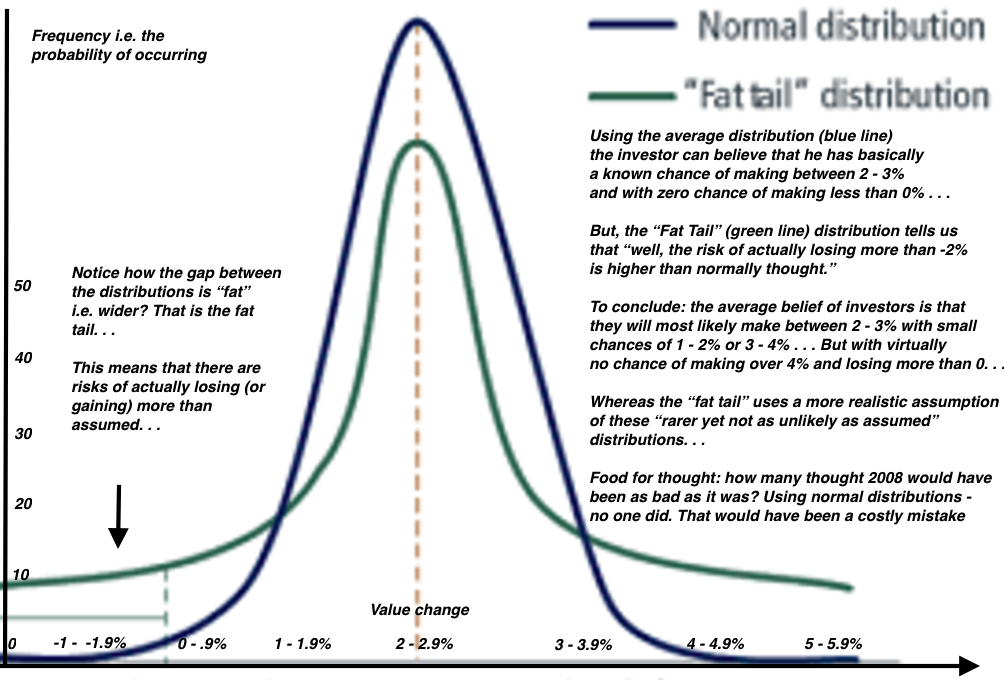 Cohen, Davis, and Samorodnitsky see how their work might be extended beyond its native field of ecology:

Until now, Taylor's Law was thought to have no place in these heavy-tailed systems. It helped plot our paths along the normal circumstances of daily life, but when it came to extreme occurrences like the present pandemic, Taylor's Law seemed irrelevant.

But a few years ago, Cohen and colleagues at Columbia University made a striking discovery—a way of looking at heavy-tailed variables that yields surprisingly orderly connections between the mean and the variance. "It was as if we took all of the pieces of a car, put it in a box, and the car still ran," Cohen says. "This combination of variables gave us the same result regardless of how they were connected."

A collaboration of excited mathematicians culminated in this new study, which collects many more examples of the phenomenon and concludes with mathematical proof that extreme, heavy-tailed events are indeed well described by Taylor's Law.

This does not mean that any individual extreme event can be predicted with a simple mean-to-variance formula. But the research effectively breaks Taylor's Law out of its shell, giving scientists good reason to test whether market fluctuations and natural disasters obey the same Taylor's Law that governs insect populations and the progression of cancerous growths.

"They make it possible to see what was previously invisible."

Potentially. It will be exciting to see.