The combined value of goods traded between the U.S. and China jumped to its highest level since before the 2019 tariff war between the two countries in October 2021.

That's mainly on the strength of U.S. soybean exports to China, which typically peak from October through December each year. Meanwhile, U.S. imports of goods from China also rose, but could have been much higher if not for the growing backlog of container ships at the U.S.' west coast ports, where the Biden administration has dealt with the problem by ordering the ships to sail further from shore so they are not included in the official count of ships waiting to be unloaded.

The following chart shows the jump in the level of trade between the U.S. and China: 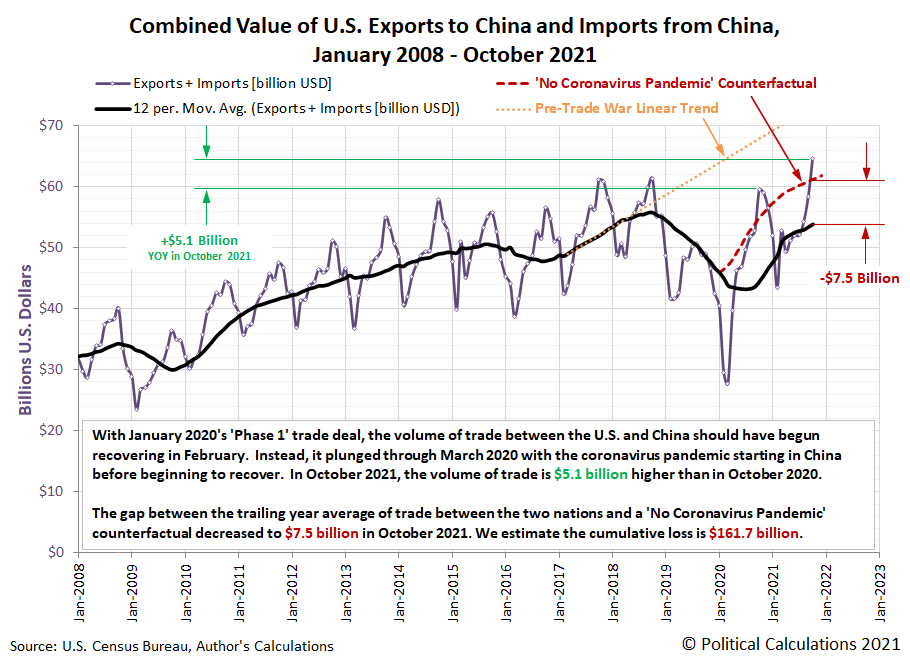 The values on the chart do not take the effect of inflation into account, which has risen considerably during 2021. In real terms, the quantity of goods traded between the U.S. and China is lower than indicated by their value.