The story of invention is really the story of the multitude of paths that people around the world have taken in adopting the technologies that better their lives. Through all the twists and turns, starts and stops, great leaps and tiny steps that come sometimes in parallel and sometimes through an endless tangle of possibilities, it is the paths that people are able to take that ultimately define how development happens.

What's that? You never heard of Elisha Gray? To make a long story short, the only reason we remember Alexander Graham Bell as the sole inventor of the telephone is because he beat Elisha Gray to the U.S. Patent Office by a couple of hours to file his patent claim! Despite the huge legal battle that followed, today, when we think of the telephone, we think of Bell.

While stories of parallel development are interesting, perhaps the oddest stories in the annals of innovation and invention are those that involve the creation of a technology, which is then lost, forgotten, and then rediscovered years later by people completely unfamiliar with its original development. 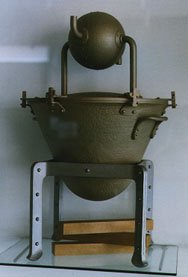 The best example of this unusual process revolves around the original invention of the steam engine, which was first created by Heron of Alexandria in the first century A.D. The device created by Heron was truly inspired, unlike anything else that came before, but never considered to be anything but a toy with only very limited practical application.

As a result, Heron's steam engine, and its potential, was lost to the mists of time until James Watt's creation of the modern steam engine helped spark the Industrial Revolution. 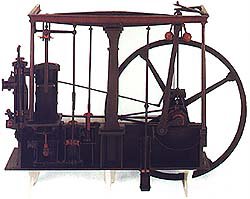 Watt's development of the modern steam engine provides a good example of the more conventional path that leads to innovation, where the work of one inventor builds and improves upon the inventions that came before. Watt took an existing steam engine design, and improved it to the point where it was truly useful for doing work.

But the real question is why the contrast in the development of the two steam engines? Why was Heron's steam engine lost while Watt's steam engine became one of the lynch pins of the technological age?

The answer lies in the networks (the paths) connecting each inventor to the world in which they lived. When you consider that the Greeks had invented rail tracks in Corinth nearly 700 years before Heron's invention of his steam engine, it was literally possible for Heron or his contemporaries to go the next step and develop a working locomotive. It didn't happen because Heron's invention was essentially isolated. Neither he nor his contemporaries could make the leap from his invention to truly useful application, despite having many of the pieces that only needed to be put together.

By contrast, Watt was much more tightly linked to the other inventors and developers of his day than Heron could ever hope to be. Watt's invention was quickly disseminated, adapted for use in new applications and constantly refined and improved. It's no accident that Watt's steam engine powered the development that came afterward - it was the network of people interested in the opportunities made possible by Watt's invention that made it possible.

Recently, the question has been asked: "How will blogs change development thinking?"

The answer is by connecting a network of discrete decision-making individuals with the knowledge needed for development. Combined with the networking potential of the Internet, communication through blogs can focus development on what works, providing real-life, real-time results with little cost and allowing the results to be disseminated over the entire spread of the network at speeds unheard of in Watt's day, and unbelievable in Heron's day.

Need an example? Consider the humble zeer pot, a neat bit of technology that's proving to aid economic development in the dry climates of Africa by providing cooling without electricity. Could any centralized development planning agency produce and disseminate an equivalent low-cost solution to the need to keep fresh produce cool in underdeveloped regions of the world? Or would they be more likely to focus their efforts on grandiose plans of development that involve substantial investments in major infrastructure at great cost and with little benefit to the people their efforts are intended to help? Historically, those engaged in "development" have almost invariably pursued the latter course.

Sustainable success in development relies on the ability of individuals to adapt solutions to their own unique needs, whether in parallel with others or by building upon what's been proven to work elsewhere. They only need to know their options, and the key to enabling the exponential growth of their opportunities are the networks of development, of innovation and of knowledge available to them. In the end, the best paths to a better future run alongside the networks of individuals that create them. It is, after all, all about their own ability to improve their own lives.