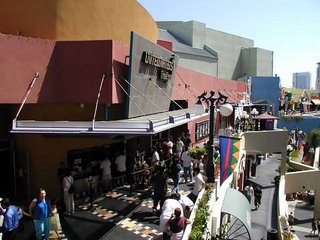 Econlog's Bryan Caplan has written about the economics of the movie theater and recently has proposed an idea that, by all accounts, should be seriously considered by theater owners: theaters should offer their customers tickets at different prices at different times on different days.

Right now, theaters already do two parts of what the movie-going economist has proposed: they already offer tickets at different prices at different times (for example, the tickets for matinee showings during the daytime are priced considerably lower than evening showings.) Caplan's proposed innovation then is to differentiate price by days of the week, say by charging the highest prices for the peak movie viewing period of weekend evenings (Friday, Saturday and Sunday), lower prices for weekend matinees and the lowest prices on non-weekend days (Monday through Thursday.)

By using price as a mechanism for distributing the audience for movies away from the peak movie viewing time at the theaters, weekend evenings, to other times during the day and the week where empty seats in the theater are in greater supply, Caplan argues that movie-goers like himself would gain greater happiness (as measured by less grumbling and less time spent in line to buy tickets).

Not mentioned by Caplan though are the potential benefits for theater owners. They would gain by being able to maintain a more consistent level of staffing and ideally, greater revenues as the higher-priced weekend evening showings would continue to be the most popular, but with the additional benefit of being able to make more money than they do now on weekdays by drawing a higher volume of budget-conscious movie fans.

In theory, this system would work great as people would respond to the pricing incentives to shift when they view movies away from the highest priced time on weekend nights to lower-priced times.

The problem with this proposed pricing system is that it solves a problem that doesn't really exist to any great extent. Can you name the last time you couldn't see a movie at the theater on a weekend evening because it was sold out? Sure, you might have had to wait in line longer than you might have liked and not have gotten into the 7:00 showing of Jackass Number Two, but what about the 8:45 showing at the same theater? Or, in the case of the modern movie multi-megaplex, where you might get to choose from 7:30, 8:00 or 8:30 showings too? How put out could today's movie consumer possibly be? 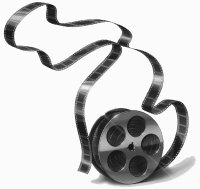 The truth is that if Hollywood and the movie theater owners really want to increase the size of their audiences, they need to deliver greater value to the movie consumer for their money that what they're doing today.

Leaving aside whether Hollywood wants to produce, or is even able to produce, movies for the theater that more people today want to see, let's consider two slightly different pricing options that movie theater owners might want to consider; options designed to provide substantially greater to potential movie consumers.

First, in addition to charging movie audience members by the movie, why not offer ticket buyers the choice of a day pass to the theater instead? Here, the movie-goer would be free to roam from show-to-show, either watching a movie they like over and over or bailing out of a movie they don't like for one that they might find more entertaining. With the only restriction being whether or not seats are available in a given theater, the option of being able to go to any and every movie within the multiplex clearly delivers more value than today's "a la carte" ticket system ever could. 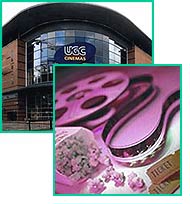 Better still, from the theater owners' standpoint, a day pass delivers benefits in that the movie goers don't leave the theater for other pursuits! The longer they're in the theater, the more likely we suspect that they'll be visiting the all-important, high profit margin concession stand.

The next part of our movie ticket pricing proposal goes straight to the core of the movie-going experience: watching flickering lights projected on a wall in a dark room with a group of people. Here, we suggest that instead of offering discounts for age, the theater owners would do much better by offering discounted tickets to groups, beginning with the second person. For example, the first ticket could be for $8.00, the second for $6.50, the third for $5.00 and on down to some minimum price.

For groups of people, like families or other kinds of groups, this pricing option delivers real value as each member of the group would have much lower out-of-pocket costs than they could if they went to the show individually, thereby encouraging them to see more movies together. The theater owners would benefit from this kind of pricing arrangement by getting what they really want: a large volume of consumers who will very likely be visiting the concession stand.

And when you consider that this pricing option much better reflects the theater owner's actual business, where the marginal revenue gained from showing a movie to each individual additional customer far outweighs the marginal cost of doing so, it's what they should be doing anyway. So, the question to the theater owners is: why not?