How badly are the lowest-paid wage earners doing in the U.S.? That's a question that we thought we'd ask after looking at the distribution of hourly wage earners in the United States last week. Fortunately, it turned out to be a relatively easy question to answer, since the Congressional Budget Office had already done the work for us! 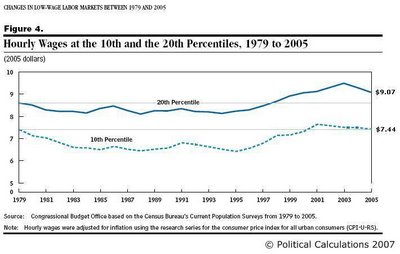 Our question for the new Congressional majority: why is this growth in income inequality a bad thing? Or rather, what advantage is there in rigidly dividing U.S. wage earners into strata that never change with time?