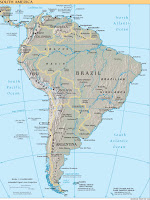 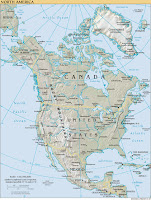 The third stop in our continuing series comparing the relative economic performance of the nations of the world brings us to the entire Western Hemisphere!

As in previous weeks, we've once again provided a dynamic ranking table to show each of the countries' Gross Domestic Product (GDP) adjusted for Purchasing Power Parity (PPP), their population and GDP-PPP per Capita for 2006. We've also determined each country's annualized rate of growth of their GDP-PPP per capita since 2004.

As we've seen in our rankings from previous weeks, the fastest growing nations in our survey all share a unique economic characteristic, or rather, they share one particular industry that has seen major growth as a major component of their economies. Unlike previous weeks though, it's not the oil industry - we'll have the answer to which industry it is below the table. 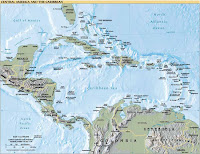 The big winners in growing their GDP-PPP per capita were many of the island nations of the Caribbean. While GDP-PPP figure is nearly double the previous year's figure with no good explanation, it's clear that the Caribbean was the place to be to realize rapid growth in the Western Hemisphere from 2004 to 2006.

The biggest clear winner would seem to be the island nation of Grenada. Here, the rebound of the island's tourism and agriculture industries following the destruction of Hurricane Ivan in 2004 helped seal a strong annualized rate of growth of 49.1% in GDP-PPP per capita over the two years since.

The next big winner would seem to be Saint Kitts and Nevis. Here, although we see the second greatest increase in GDP-PPP per capita in the western hemisphere, this result is partly an artifact of combination of the nation's decline in population and the revival of the tourism industry across the Caribbean from 2004 to 2006.

Here, the nation's population loss was in large part driven by its government's move to shut down its money-losing state-run sugar production operations in 2005, which resulted in an out-migration from the island. While this was happening however, the nation benefitted from the revival of tourism following the September 11, 2001 terrorist attack against the United States, which greatly impacted this industry throughout the Caribbean. Strong tourism growth combined with a smaller population helps account for the nation's blistering 45.8% rate of GDP-PPP growth per capita.

Number three on the rapid growth rate scale is the nation of Trinidad and Tobago. Here, increased tourism combined with revenues from the island's oil refining and production operations, which benefitted from increasing world prices for oil and gasoline, helped deliver remarkable GDP-PPP per capita growth from 2004 to 2006.

Moving to the continents of North and South America, we find solid growth from Canada down through Chile, with some really impressive growth in Suriname, which has benefitted from higher world commodity prices for its large mining industry.