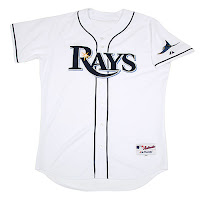 Now that the major league baseball season is finally underway, we were wondering which franchises in either the National or American leagues are the most valuable out of all of Major League Baseball (MLB). Has the Red Sox Nation really overwhelmed those damned New York Yankees? How badly has Baltimore Orioles owner Peter Angelos damaged the value of that team?

Sure, we could look at the payrolls of each team, take their minor league farm systems into account, or go by the value of their broadcasting rights, but those measures wouldn't necessarily reflect the value of each brand in baseball. Television and radio broadcast income is shared between teams according to a formula set by MLB. An older major league franchise is much more likely to have an extensive farm system compared to a much newer one, which would skew the data in favor of older teams. Relative payrolls between teams are affected by salary cap and luxury tax considerations. So, how could we find the relative value of each team?

We finally hit on the idea of using the ultimate expression of fan loyalty: the authentic home jersey. Here, if we consider those jerseys that have not been customized in any way, to remove vanity and star player effects upon their value, we might reasonably get a measure of each team's value with respect to one another, simply by comparing the price of each. The cool part of this approach is that the price of a non-customized authentic home jersey would provide a fairly solid representation of the value of a team's brand - their value would purely be determined by the value that those teams biggest fans place upon their teams!

From here, all it took was a shopping trip to MLB.com to find the prices of each MLB team's authentic home jersey. Our results are tabulated in the dynamic table below - you can sort the data in the table by clicking the various column headings. We've also included each team's 2007 winning percentage to see to what extent how well they performed last season might affect their relative values.

There are a lot of surprises in this data! And, as it turns out, some problems as well. Let's discuss the surprises first, and get our first reactions to the data recorded for posterity.

The Tampa Bay Devil Rays are the most valuable team in baseball?!!!! That's can't be right! How come the damned Yankees are in the middle of the pack? And the Boston Red Sox, too!? But then the Chicago White Sox and the Baltimore Orioles are in the basement. Where they belong. So how far off can we be?

Pretty far off as it turns out. Just looking at authentic home jersey prices is like looking only at the price of a stock. To get a much better sense of a value of a brand, we need to find out what each team's effective market capitalization value might be, just like we would in considering the relative values of companies. A company's market cap is determined by multiplying its price per share of stock by the number of shares in the market. Likewise, for our approach to really work, we would need to find out how many of each kind of MLB authentic home jersey has been produced.

And that's where we hit a dead end with this particular project. MLB's exclusive producer of authentic home jerseys, Majestic, declined our request for the data, so we're investigating other means of obtaining it for a future post.

Meanwhile, we do have some anecdotal evidence that supports our idea of using team jersey market cap values as an effective measure of each team's brand. Visiting a local major big box sports apparel retailer revealed that a higher volume of Yankee jerseys must be being produced (as we're far away from the home New York market), as are Boston Red Sox jerseys. The most common jersey in evidence however was the one for our local major league franchise, which is what we would expect.

And we also discovered that Tampa Bay recently redesigned their uniforms for 2008, which suggests that the price may be deceptively high as a measure of team value, as it may be more reflective of the new jersey being in comparatively short supply. We'll give Tampa Bay some credit - it's a really nice looking jersey. Now all they need is a good team to wear them!...

Speaking of which, winning percentage doesn't seem to have much correlation with home jersey prices - maybe that will change if we can ever get the quantity data we're now seeking, but it might explain why Baltimore Orioles owner Peter Angelos' consistently underinvests in his team. He could very well be the Bill Bidwell of baseball!