Political Calculations
Unexpectedly Intriguing!
02 October 2008
Are They Cooking the Books? 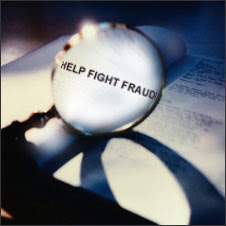 One of the biggest challenges facing investors is represented by the handful of companies whose leaders are deliberately putting forward a false picture of how their business is doing. Companies like Fannie Mae, Freddie Mac, or Enron to name just three where corrupt accounting practices put into play by crooked company executives deceived millions of typical investors into buying stock in poorly run businesses, the value of whose profits and assets were little but an illusion.

There isn't a perfect answer, but Patricia M. DeChow, Weili Ge, Chad R. Larson and Richard G. Sloan have introduced a statistical model that typical investors might be able use to correctly identify over 60% of the very small fraction of the publicly traded companies whose financial statements may have been fudged with phony accounting manipulations.

We're not kidding when we say that this problem is driven by just a handful of companies. For their 2007 paper, Predicting Accounting Manipulations, the authors reviewed Compustat data from 1979 through 2002, noting were 494 instances over that period in which firms were identified as having manipulated data in their annual financial reports by the SEC. By contrast, the authors' data sample had 143,452 instances where no manipulation of financial data was identified by the SEC, which puts the unconditional odds of randomly stumbling upon one of these fraudulent financial-reporting firms at 0.34%.

By taking data available in a publicly-traded company's annual reports, you can use the model to determine the likelihood that the company manipulated its financial data for a given year by finding its Fraud Score, or F-Score. We've created the tool below that you can use to run the numbers, given just the information available in a company's annual report or SEC 10-K filing - the default data is that for Enron for 2000 (the data is specifically drawn from Enron's annual reports for 1999 and 2000):

In the tool above, a positive indication of potential fraud for the F-Score is a value greater than 1.00, but that doesn't necessarily mean that the firm in question is cooking their books. Rather, the inventors of the F-Score suggest that it's an indication that a further, more detailed investigation into the particular company's finances is warranted.

Using the authors' model, the results from their test sample seems pretty impressive. The method correctly identified 324 of 494 known instances of manipulations as identified by the SEC, or 65% of the known total. But, the method also raised a red flag for 51,061 out of the 143,452 instances of non-manipulation, which represents a pretty significant false-positive rate.

In reviewing the math behind the model, we noted that the largest single factor impacting whether or not the F-Score would rise over a value of 1.00 was whether or not the company in question issued new long-term debt or shares of common or preferred stock. If a company raises capital through either these financing methods, doing so will add quite a bit to their F-Score. As a side note, obtaining additional financing through these methods is a primary motive for crooked corporate executives falsifying their financial reports, which helps explain why it figures so prominently in the F-Score calculation.

As a result, for any investor using this tool, it may be very useful to consider the margin by which the F-Score for the company in question exceeds the 1.00 threshold. Going back to the default data set up in the tool, we find that Enron had an F-Score of 1.85 in 2000, which well exceeds the 1.00 threshold suggested for a positive indication (and nearly doubles it!). That kind of clear warning could have saved an individual considering their investment in Enron, or just considering investing in Enron, a huge amount of money as it came well before the company finally imploded.

For an individual investor, the ability to be able to screen out the companies with high F-Scores from their investment holdings might make the job of investing a lot less risky. Considering how crooked accounting manipulations contributed to the failures of both Fannie Mae and Freddie Mac, the repercussions of which are now threatening the entire credit market, isn't the F-Score a tool you should be using?

How likely is it that a publicly traded company will declare bankruptcy in the next year? Our tool for calculating the company's Altman Z-Score can answer! Very popular lately with investors looking at General Motors' situation.

Does that publicly-traded company have enough money flowing through its veins to keep operating?