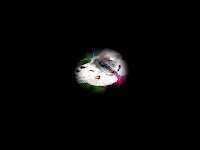 We can now confirm that at least one researcher with a major mainstream media outlet is willfully turning a blind eye when it comes to investigating a surprising revelation regarding Barack Obama's 2005 home purchase that casts a very negative light on the Senator's judgment, especially regarding money matters. That "journalist" works for USA Today, the most widely circulated newspaper in the United States.

Here's how we know.

On the day of the vice-presidential debate, 2 October 2008, we noted an upsurge in our site traffic for people searching Google for information related to 2008's Democratic Party vice-presidential candidate and current Senator Joe Biden's house. Given that a number of stories have been written over the years suggesting that Senator Biden was "disproportionately favored" in the 1996 transactions involving the purchase of the land where he built his current home from one political donor, and in the sale of his previous home to an executive with one of his major corporate donors, that's understandable.

Those Google searchers found their way to us since we had recently written posts with our analysis of each transaction. We found that the value for which Senator Biden (D-DE) sold his previous home, as well as the value for which he purchased the land where he built his current home, were both well supported by how the valuations of real estate in the state of Delaware have changed over the time spanning the transactions. Our two-part analysis verifies that Senator Biden did not benefit from either of the transactions any more than what the real estate market of Delaware would indicate to be typical for any real estate transaction over the periods involved.

Looking at our site traffic though has been more interesting. We had lots of searches on the topic from all over the U.S., which we believe was driven largely by Senator Biden being one of the featured players in the day's most anticipated event. We even had a site visit from the halls of the U.S. Senate! All the other search-engine directed traffic however was scattered around the United States, which just tells us that people were pretty curious.

On the next day however, 3 October 2008, at 12:16 PM Eastern Daylight Time, someone from USA Today performed their own Google search. Here's what they entered into the search engine:

Performing that search ourselves, we found our post analyzing the more controversial transaction, the sale of his previous home, on the second results page (at this writing, it's now bumped back to the end of the third results page, but may have bumped elsewhere by the time you read this!)

Now, here's the good news: you don't take our word for it! Here's the official record of the USA Today reporter's full visit to Political Calculations via Sitemeter:

The Sitemeter visit log gives us some important pieces of data. First, we see that the USA Today reporter only visited three pages on Political Calculations. The first is the entry page, our post analyzing the sale of Senator Biden's previous home. The last is the exit page, our home page, which the reporter clicked before finally exiting the site altogether.

The "Out Click" accounts for the third page viewed by the USA Today researcher. In this case, the link shown in the Sitemeter report is for the chart that appears in the post illustrating the quarter-by-quarter annualized rate of housing value appreciation for the state of Delaware between 1976 and mid-1996, along with the value that Senator Biden's home would have at several points between when he purchased it and when he sold it.

Those are the only three pages that the USA Today "journalist" viewed at our site. In all, the site visit report indicates that they spent 32 minutes with us at Political Calculations. Just for fun, we timed ourselves as we read through the post ourselves, averaging just under 4 minutes per attempt. But then, it's our post, so we're already familiar with the discussion and understand the math involved, which being simple algebra, would strain the cognitive ability of most members of the media. Still, 32 minutes is a mighty long time to peruse a simple blog post.

Given those 32 minutes, we wonder how it could be that USA Today reporter could possibly have missed the following link and tidbit that completely turns what all the reporting focused upon Senator Barack Obama's purchase of his home has been on its head? Especially as it appears immediately below our main conclusion regarding Senator Biden's real estate transaction:

Given that virtually all the reporting to date has centered upon the proposition that Senator Obama received a $300,000 discount on the property by paying that much less than the asking price for the home thanks to the participation of Chicago political-fixer Tony Rezko in purchase of the adjoining lot, rather than really having been taken to the cleaners as we demonstrated, you might think that tidbit would catch a serious journalist's attention and compel them to find out more by clicking the associated link.

You might even think that serendipitous discovery would especially apply to a journalist who would spend so much time reviewing and verifying our analysis of the Biden home transaction clearing Senator Biden from claims of ethical improprieties in the matter. Which, we might add, is exactly the same kind of analysis that revealed just how badly Senator Obama would appear to have been "pwned" in the transaction involving his home and in which we find that he demonstrated phenomenally poor judgment in the single biggest personal finance transaction of his life. 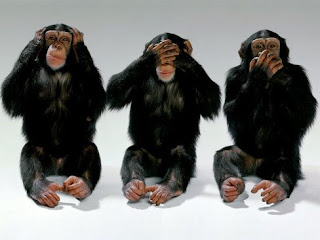 You would be wrong. Instead, we find a curious lack of curiosity on the part of the USA Today reporter. What the reporter would only appear to have been interested in is our assessment that Senator Biden did not show any ethical impropriety in the sale of his previous home in 1996.

Anything else outside of that just wouldn't seem to fit the desired narrative. And you certainly can't investigate what you refuse to see. Perhaps that's what Glenn Reynolds' anonymous major newsroom e-mailer meant when they wrote:

"Off the record, every suspicion you have about MSM being in the tank for O is true. We have a team of 4 people going thru dumpsters in Alaska and 4 in arizona. Not a single one looking into Acorn, Ayers or Freddiemae. Editor refuses to publish anything that would jeopardize election for O, and betting you dollars to donuts same is true at NYT, others. People cheer when CNN or NBC run another Palin-mocking but raising any reasonable inquiry into obama is derided or flat out ignored. The fix is in, and its working."

We wonder if that major media newsroom is that of USA Today's Washington bureau.

Update 07:30 AM PDT: Oh look! Guess what post a non-member of the mainstream media looking for information about "joe biden house greenville" will click through to after just 30 seconds of scanning our post analyzing the sale of Senator Biden's previous home? If only MSM-types were as inquisitive!...