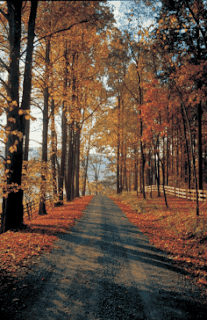 When it comes to mobility, people are creatures of habit. Most people spend about 40% of their time in just two places with much of their remaining time spent visiting anywhere from 5 to 50 other places, which they visit with diminishing regularity. What's more, we can predict the likelihood that an individual is a certain distance away from their preferred two places.

We know this because the typical daily travel of a large sample of people was tracked and analyzed by Marta C. González, César A. Hidalgo and Albert-László Barabási, who studied the trajectory of 100,000 anonymous mobile phone users over a six-month period of time and found that when it comes to mobility patterns, the distance humans travel is remarkably predictable. Their findings are presented in the June 2008 paper Understanding Individual Human Mobility Patterns.

Using the geographic data provided by the observed sample's mobile phone use, which allowed the researchers to determine the location of the tracked individuals with respect to the cell phone towers through which their calls were processed, González, Hidalgo and Barabási observed that human mobility was not random, but rather best described by a kind of probability distribution called a Truncated Lévy Flight (TLF). This kind of probability distribution was first introduced in 1996 by Rosario N. Mantegna and H. Eugene Stanley and is a special "bounded" case of a "fat-tailed" probability distribution first described by French mathematician Paul Pierre Lévy and known as a Lévy flight.

We thought it might be fun to build a tool using the results of Gonzalez, Hidalgo and Barabasi's study to find the probability that an individual has traveled a given distance that the authors have referenced with respect to a typical "radius of gyration," which we'll describe as being the distance typically traveled between "home" and "work", or in the authors' terminology, an individual's "preferred locations."

We'll conclude that this kind of information might be really useful is in fighting communicable diseases, where knowing how mobile people are can help better focus epidemic prevention efforts. For our interests, the kind of math described by this research is very similar to that which can best describe how stock prices change over time.