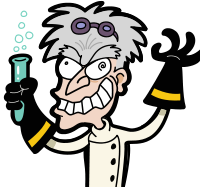 Every day, people everywhere are bombarded by messages in the media that suggest that they need to drastically change how they live their lives or to take some particular action due to some sort of scientific finding. But do they really?

The short answer is "it depends." Most often, it depends upon the quality of the science or evidence supporting the action that is being promoted, and the only way to avoid serious disruption to one's daily life is to develop the ability to determine the difference between good science and bad science.

That's not necessarily easy, since bad science comes in many different forms. For instance, there's the "defective" variety, where otherwise good scientists have made an error in their methods that leads to incorrect conclusions, and which is probably the least harmful as it is likely to be quickly corrected, often by the scientists who made the error.

Then there's "deceptive" or "junk" science. Here, we find the veneer of good science, but twisted in a way to support a particular outcome. Taken to the extreme, junk science transforms into outright pseudoscience (or "false" science), where science is just used as a prop to support whatever outrageous claim is being made.

The trick then is to work out what is science and what is pseudoscience. To that end, we've adapted Steve Lower's invaluable guide for recognizing the differences between good and bad science, organizing it by distinguishing aspects and updating it while adding a number of our own observations and comments.

Other Useful Guides to Identifying Pseudoscience

Here's a short sampling of additional questions you can ask to help determine if you're confronting a claim based on science or pseudoscience.

Sometimes, those claims you're hearing for the first time are things that have actually been around in one form or another for a long time. Here's a short list of sites that have already done the trustworthiness legwork for you!

Image credit: J.J. at the English language Wikipedia, per the terms of the GNU Free Documentation License, Version 1.2.