What happens to the amount of ethanol consumed by Americans when the federal government simultaneously mandates that an ever-increasing percentage of ethanol be added to gasoline while also subsidizing its production?

Well, perhaps unsurprisingly, what you get is what you see in the chart below happens: 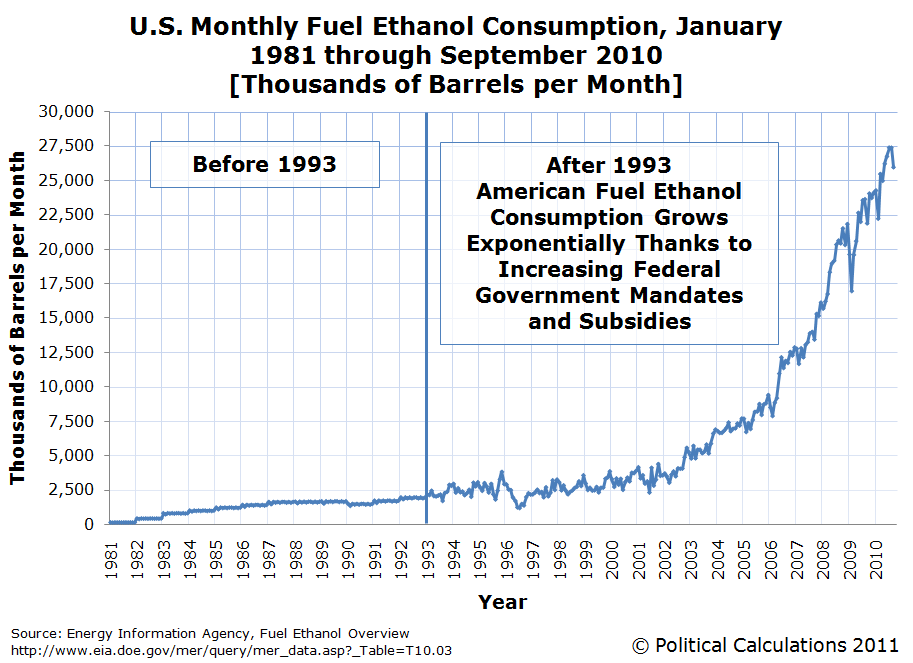 The dividing line is 1993, following the Energy Policy Act of 1992, which required specified car fleets to purchase alternative fuel vehicles capable of operating with E-85, an 85%/15% blend of ethanol and gasoline. In addition, the Clean Air Act amendments of 1990 required the wintertime use of ethanol in 39 major metropolitan areas and full-year use in 9 others that had not satisfied the Environmental Protection Agency's imposed standards for carbon monoxide.

After that, it was off to the races for the ethanol-government industrial complex! Simply projecting a straight line from the trend between 1981 and 1993 would place 2010's ethanol consumption level below 5,000 thousand barrels per month. Instead, thanks to the federal government's subsidies and mandates benefiting ethanol producers, it has risen to be over 25,000 thousand barrels per month.