Political Calculations
Unexpectedly Intriguing!
January 21, 2011
What If the Largest Countries Had the Biggest Populations? 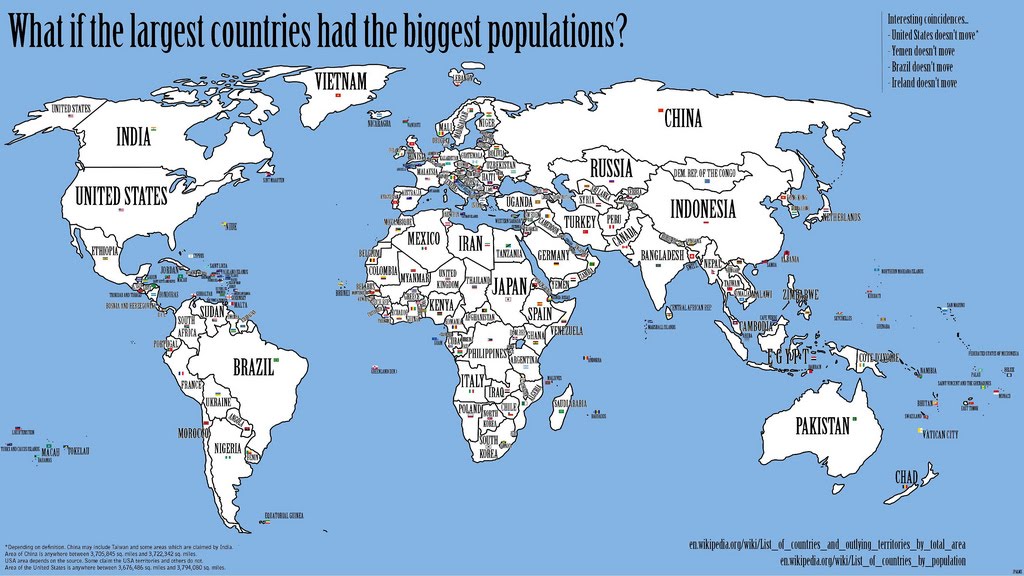 Oddly enough, the people of four countries wouldn't have to pull up stakes and move if the world was reorganized this way: Brazil, Ireland, the United States and Yemen.