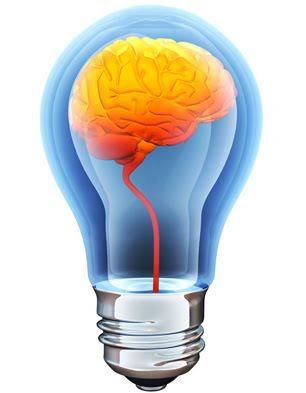 Are engineers really smarter than business students? How do people studying the social sciences stack up against those studying physical sciences? And where exactly do the people who presumably plan to teach children for a living fit into the relative smarts picture?

Sure, it would be nice to use good old-fashioned IQ-type tests to resolve these questions once and for all, but maybe the next best thing is to compare the performance of students who are required to take the GRE (the Graduate Record Examination) as a prerequisite for entering into a graduate school to pursue a Masters degree.

Here, we can measure school smarts by considering how the students taking the GRE's various component exams, which are designed to assess the prospective graduate student's Analytical Writing, Verbal Reasoning and Quantitative Reasoning skills performed on each GRE component. We can then compare the relative performance of students in different majors according to the average results recorded for each graduate major program that the GRE-takers declared they intended to enter.

The dynamic table below reveals the GRE results by major recorded for 2007-2008. Just click the table's column headings to sort the data in the table from either high to low, or again to sort the data low to high, according to the selected column heading category. (Note: The dynamic sorting feature will only work if you've enabled JavaScript on your web browser, and then only if you access the dynamic table directly on Political Calculations - like our tools, it won't work on sites who simply republish just our RSS feed!)

Overall, we find that engineers are indeed much smarter than business majors where quantitative reasoning skills are involved, but only have a small advantage where verbal reasoning skills come into play and are on a nearly even keel for analytical writing ability. Meanwhile, we find that students of the physical sciences outclass their social science peers in quantitative reasoning, but that the social scientists beat them in verbal reasoning and analytical writing ability.

But perhaps most distressingly, the students pursuing graduate degrees in education-related fields, who presumably either teach or plan to teach children for a living, dominate the lowest performing half of the table for both verbal and quantitative reasoning skills.

That probably says quite a lot about the state of education in America today. Especially if we're relying upon people who are among the least capable of applying verbal and quantitative reasoning skills to teach those same skills to America's children.

Previously and Next on Political Calculations

We originally considered this topic in our post Ranking School Smarts by Major, our first look at the relative performance of students from different majors on standardized graduate school admission tests, which summarized 20 years worth of data spanning the years from 1962 through 1982. Comparing those older results with the results that we're presenting today reveals that not much has changed where the relative abilities of individuals entering education-related graduate programs in the nearly three decades since are concerned.

If you follow the links in the paragraph above, you'll find that they all consider the state of education credentialing in California, which has had a very active program to increase the percentage of "fully credentialed" public school teachers in that state for well over a decade. Tomorrow, we'll look specifically at the state of mathematics education in California's secondary schools, as it relates to how well the state's increasingly "well credentialed" teachers are doing in preparing their students for the academic challenges they would face in attending college.