We were digging into U.S. homicide data when we stumbled across some interesting statistics. The U.S. Department of Justice breaks down the number of homicides each year by both the race of the offenders as well as the race of the victims, at least for homicide cases where there's just a single offender and a single victim.

Since the data is only presented in table form, we thought it might make for a good data visualization project. Our first chart shows the number of victims, with the individual data points in each stacked column indicating the number of victims that were attributed to the indicated offender race category in 2008, the most recent year for which data has been posted at this writing. We should note that these homicides, with a single victim and a single offender, represent about 48.5% of the total number of homicides reported in the U.S. in 2008. 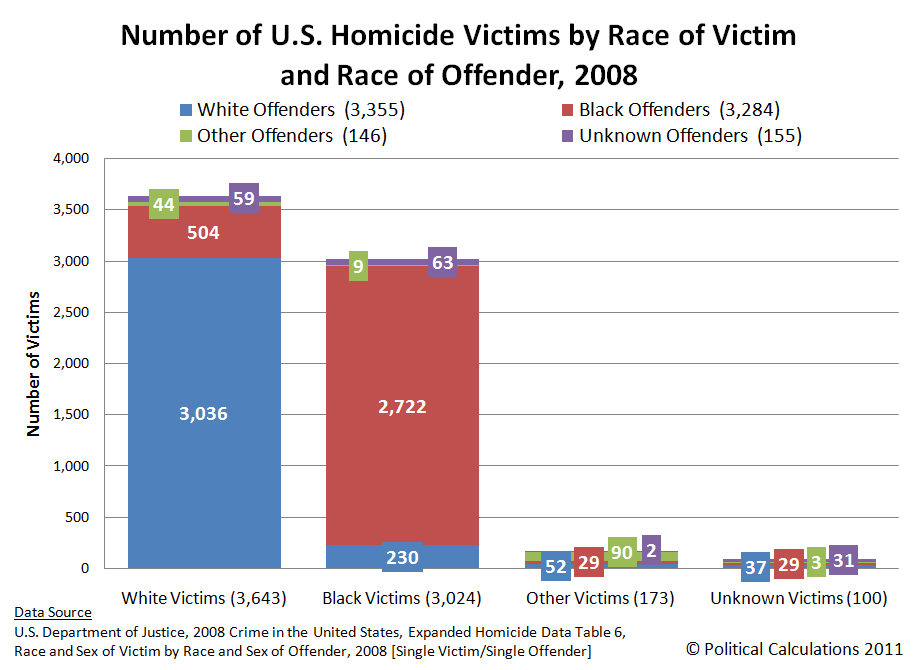 Next, we calculated the percentage of victims whose homicides were attributed to offenders of the indicated racial category, generating the chart below. 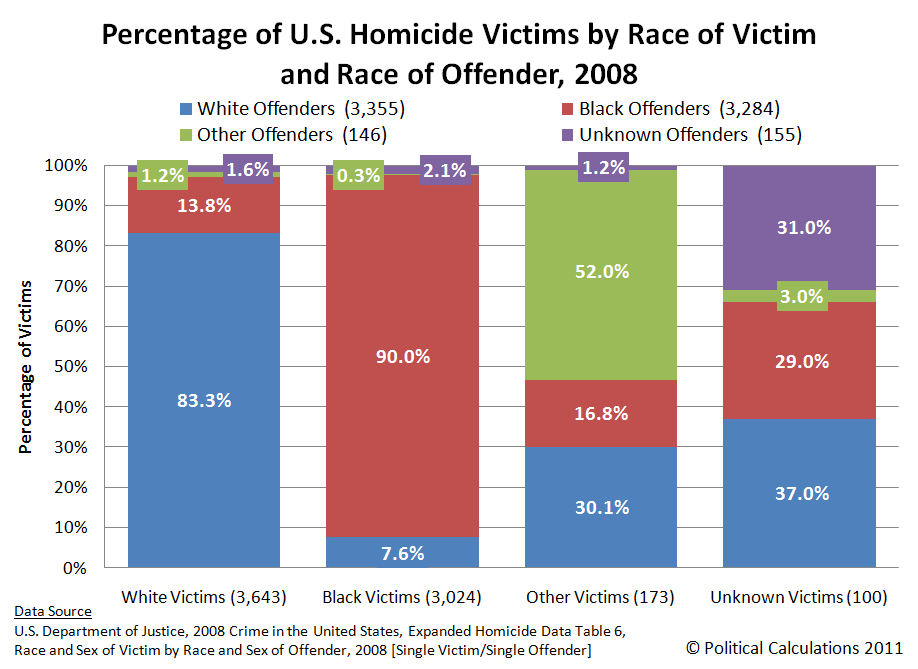 The same pattern is seen for homicide victims of other races, who were predominantly killed by offenders whose race was also categorized as "other," meaning their race was identified as being neither white nor black.