What is the hidden cost that Americans are paying to have the U.S. federal government spend so much money? 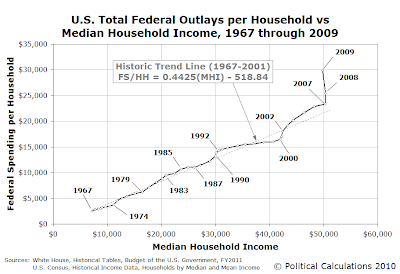 To answer that question, let's take a closer look at when U.S. federal government spending really went out of control. Here, if we track the U.S. federal government's spending [1] per U.S. household against median household income since 1967 [2], we see that federal spending discipline really broke down after 2007, rising considerably in 2008 with the beginning of the major bank bailouts of that year, but really skyrocketing in 2009 as the U.S. recession really took hold with the collapse of much of the U.S. automotive industry in late 2008 and early 2009.

Since then, the amount of federal government spending per U.S. household has continued at extremely elevated levels, as the U.S. has continued to set new records for the U.S. government's annual budget deficit in both 2010 and 2011.

Americans are paying a tremendous hidden cost for racking up so much debt so quickly. To uncover the amount of that hidden cost, we'll need to consider how the people lending money to the U.S. government are coping with the risk of the U.S. potentially defaulting on the interest payments it owes the people, institutions and governments who have lent it money.

They are coping with that potential risk in two ways: they're requiring the U.S. government to pay higher interest rates than it would otherwise have to if the amount of debt the government has taken on were not so large and they're buying insurance that will pay them back in full should the U.S. government actually default on its debt payments. 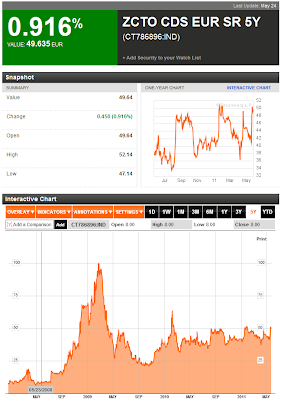 It is the changing cost of that insurance since the current national debt crisis began that provides the key for being able to work out the hidden cost of America's excessive national debt problem.

The insurance policy that lenders take out against the possibility of a borrower going into default is called a Credit Default Swap, or CDS, where the cost of the policy is directly related to the estimated probability that the borrower will default within a certain period of time.

Before 2008, it was considered by bond investors to be highly unlikely that the United States would ever default on its national debt. And even today, it's still highly unlikely. However, that doesn't mean that the potential risk of a default hasn't increased. Tapping Bloomberg's historic data for the value of the CDS for U.S. Treasuries, we see that the CDS spread for U.S. Treasuries has increased from roughly 7.0-9.0 some three years ago, at a very early point in the U.S. national debt bubble, to spike at 100 at the peak of the crisis, before falling back to today's levels of 47.0-50.0.

What we see is that a roughly 40 point increase in the cost of insuring the U.S. national debt through Credit Default Swaps from the effectively default-risk free period before 2008 to today's not default-risk free levels would appear to have become a permanent, ongoing feature. Especially as major credit rating agencies are acting to downgrade the debt outlook for the U.S from stable to negative, signaling that unless the U.S. debt trajectory changes in the next two years, they may have to begin lowering the U.S.' current AAA credit rating to confirm the increase in risk to lenders. 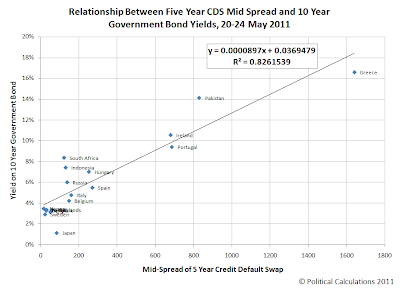 Here, we found that if a country sees its CDS spread rise by 90-110 points, which likely corresponds to an increase the probability that it will default on its debt, we should see the interest rates on the 10-year bonds it issues go up by roughly 1%, as investors seek to secure greater returns before such a default might take place.

At a sustained 40 point increase above the default-free risk level, we would estimate that the interest rate that investors require the U.S. government to pay on its 10-Year Treasury Bond is about 0.4% higher than it would otherwise be. Today's yields on a 10-Year Treasury of 3.15% would instead be about 2.75%, if not for the increased risk of default. 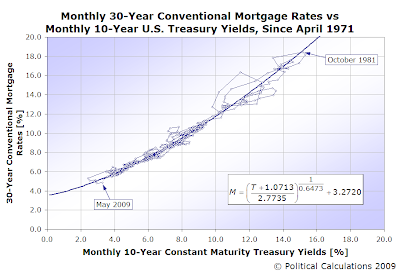 That effective increase in the yield on U.S. Treasuries in turn has real economic consequences. In April 2011, the Federal Reserve Bank of Boston estimated that a 1% decrease in the 10-Year U.S. Treasury yield would increase U.S. GDP by 2.65%, as this benchmark rate effectively sets the base for many interest rates in the U.S. economy, such as for mortgages or any other borrowing activity, which get cheaper when the yield of the 10-Year U.S. Treasury falls.

This multiplier effect also works in reverse. A 1% increase in the 10-Year Treasury yield would act decrease U.S. GDP by 2.65%.

In the case of when the effective yield of a 10-Year U.S. Treasury is increased by 0.4%, as we've estimated, the effect will be to decrease U.S. GDP by roughly 1.0%.

This phenomenon might go a long way toward explaining why the U.S. economic recovery following this latest recession has been so sluggish compared to previous recessions. Extremely elevated national debt levels driven by the U.S. federal government's excessive level of spending and the small increase in the risk of default they portend might be robbing the federal government's series of economic stimulus measures of effectiveness and could very well be holding the U.S. economy back from making a more robust recovery. 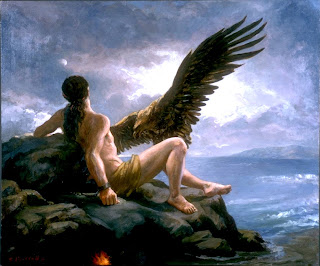 That figure coincidentally happens to be the projected deficit for the U.S. government in 2011, so Americans can continue to expect that the shackles of the national debt will continue to hold them down.

[1] The data for U.S. government spending is taken from the White House Office of Management and Budget's historical tables for the Budget of the U.S. Government for Fiscal Year 2011.

[2] 1967 is the year in which the U.S. Census first began reporting median household income for the United States, which it has done annually since. The data, most recently updated through 2009, is available in this spreadsheet. This data source also indicates the number of U.S. households, which we used to calculate the total amount of federal government outlays per U.S. household.