From January 2008 through April 2011, we publicly posted 124 predictions related to stock prices in the S&P 500, GDP, new unemployment claims and other economic or business-related topics. We've established the outcome for 116 of those predictions and determined that 79 were on target while 37 were not. Overall, that gives us an overall prediction accuracy percentage of 68.1% and a plus-minus statistic of +42 for our prediction project. But we still have a burning question:

How does that compare to others?

Who are the gurus? Well, they're the (mostly) guys who put out their own economic and investing predictions via newsletters or magazine articles. Several even have radio shows and even turn up with some regularity on business or investing-related television programs. And luckily for us, guys whose prediction track records have been sampled and analyzed by CXO Advisory who, really luckily for us, utilizes a system that's very similar to the plus-minus based approach we used to measure our own performance!

We've taken CXO Advisory's recorded sample data for each the gurus for whom they've tabulated data and put it in the dynamic table below - if you're accessing the table directly on Political Calculations, you can rank the data from low-to-high or from high-to-low according to the category you select by clicking the column headings.

In looking over the rankings, although we appear to have done well, we should note that there's some apples-to-oranges comparisons going on between how we tracked our performance and how CXO measured the prediction accuracy of the gurus.

Our standard procedure in making predictions is to both state the prediction and the specific time period for which it would apply - if we were off on either count, we would score a miss. By contrast, CXO's method consider the gurus' predictions, but provides a full year of time following when they were made to determine the outcome, which is a much looser standard. 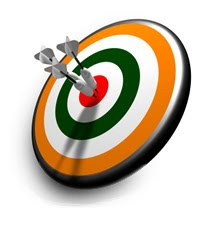 Overall, the gurus (including our results) were right 2,593 times and wrong 2,833 times, for an overall prediction accuracy score of 47.8% and a plus-minus statistic of -240. Omitting our results from the gurus total drops their overall prediction accuracy score to 47.3% and the plus-minus statistic to -282.

The bottom line however is that there are a few names in the list above that are genuinely worth listening to for economic and investing matters - particularly those with more than 100 recorded predictions and above average accuracy. We were surprised to see some very well respected names rank low in prediction accuracy, such as Richard Russell and John Mauldin, who performed less well than, say, Jim Cramer, perhaps the best known so-called guru in the list.

That's not necessarily a strike against these three gurus, as each (and particularly John Mauldin through his weekly newsletters) offers insights into economic and market matters that we find highly valuable. (Yes, believe it or not, Jim Cramer in serious mode can be very insightful!)

Finally, while we came out pretty well overall, our sense is that there are others who aren't ranked in the table above who would likely do as well or better. We'd love to see where Barry Ritholtz would rank for one (he would definitely qualify as a guru), as well as Ivan Kitov, who hunts bigger game in developing predictions that span multi-year periods of time, rather than predictions that apply for the next week or the next month.