We were taking a closer look at our chart showing the relationship between total federal government tax collections and median household income in the U.S. since 1967 and were suddenly struck by a thought about the formula we presented in the chart: 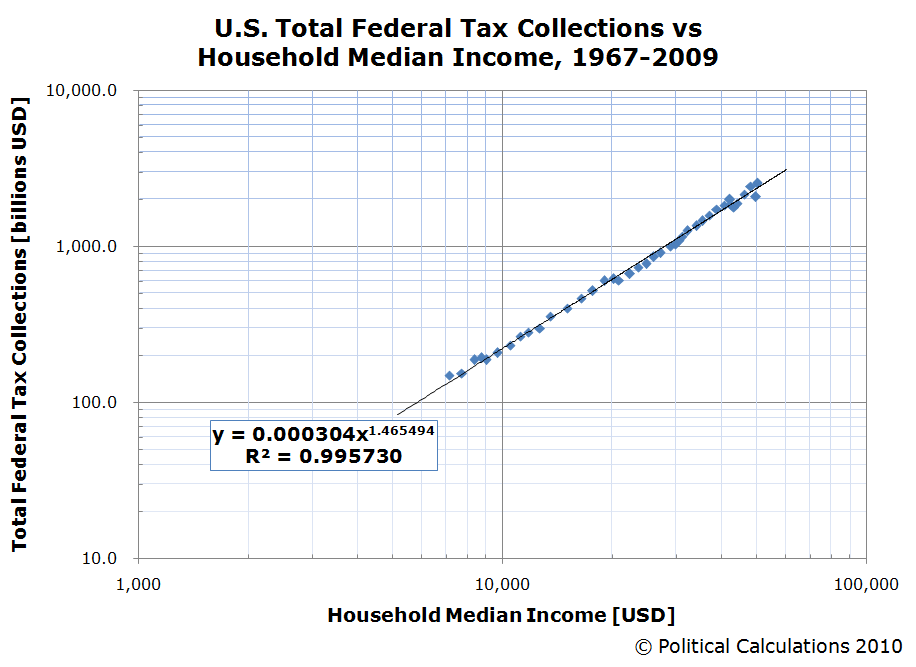 The formula we obtained through regression analysis is a very simple power law relationship.

As we've seen before with stock prices and dividends per share, the exponent of a relationship described by a power law more likely is a result of the interaction between several factors that are defined by relatively stable exponential growth rates over time.

So what exponential growth rates might apply to the U.S. federal government's total tax collections with respect to median U.S. household income from year to year? (At least since 1967, which is when median household income data began to be reported.)

The thought that occurred to us is that the exponent in the formula for our regression analysis might just be the ratio of the nominal growth rate of GDP per capita, which takes both economic growth and population change over time into account, to the value of the GDP deflator, which accounts for the effect of inflation:

"C" in the formula above would represents a simple constant, which may or may not be the case, as we also have seen before.

The average value of the GDP Deflator (aka "inflation") over that same period is approximately 4.0%, which we found by calculating the compound annual growth rate for what $1000 in 1967 would be worth in 2009 due to the GDP deflator using the results we obtained from Measuring Worth's Relative Value calculator.

What this would mean then is that total U.S. federal government tax collections in any given year might be able to be described as a function of median household income (aka "the tax base") and real economic growth per capita, as represented by the ratio of nominal economic growth per capita and inflation, the latter in the form of the GDP deflator.

Nowhere in that formulation do we see a place for tax rates, as the amount of tax collections from year to year seem to be virtually independent of this factor. 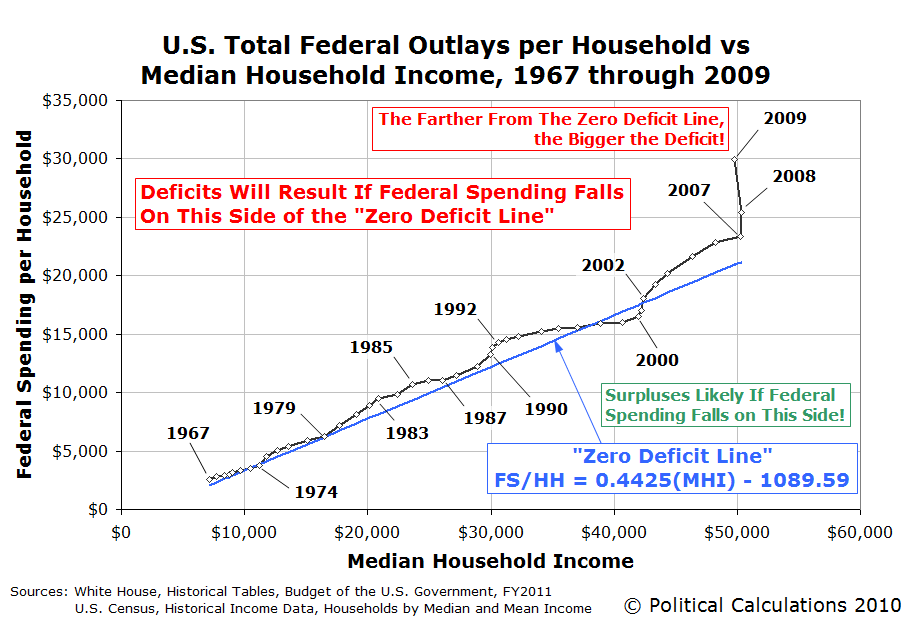 Our relationship then, if it holds up, suggests that the best way for the federal government to increase its tax collections would be to promote things that either increase real economic growth or that boost median household income.

And if the government really wants to balance the federal budget and get the growth of the national debt under control, it really needs to focus on reducing its spending.