Ever since World War 2, when the U.S. government was compelled to maximize the amount of tax revenue it could collect from the American people and, as a result, reached its full tax collecting potential given the structure of American institutions, the amount of money the federal government has collected each year in taxes has been remarkably stable as a percent share of the nation's GDP, regardless of how tax rates have been set over all that time.

The phenomenon is known in economic circles as Hauser's Law. Previously, we found that both the amount of personal income tax collections and the total of all federal tax collections have indeed been so remarkably stable in the years since World War 2 ended that the variation in the amount of each as a percent share of GDP can be described by a normal distribution.

Judge for yourself! Our charts below show how the maximum income tax rate has changed in each year since 1946 and also the percent share with respect to GDP of both total federal tax collections and personal income tax collections over the same period, along with the available forecasts for both through 2016. 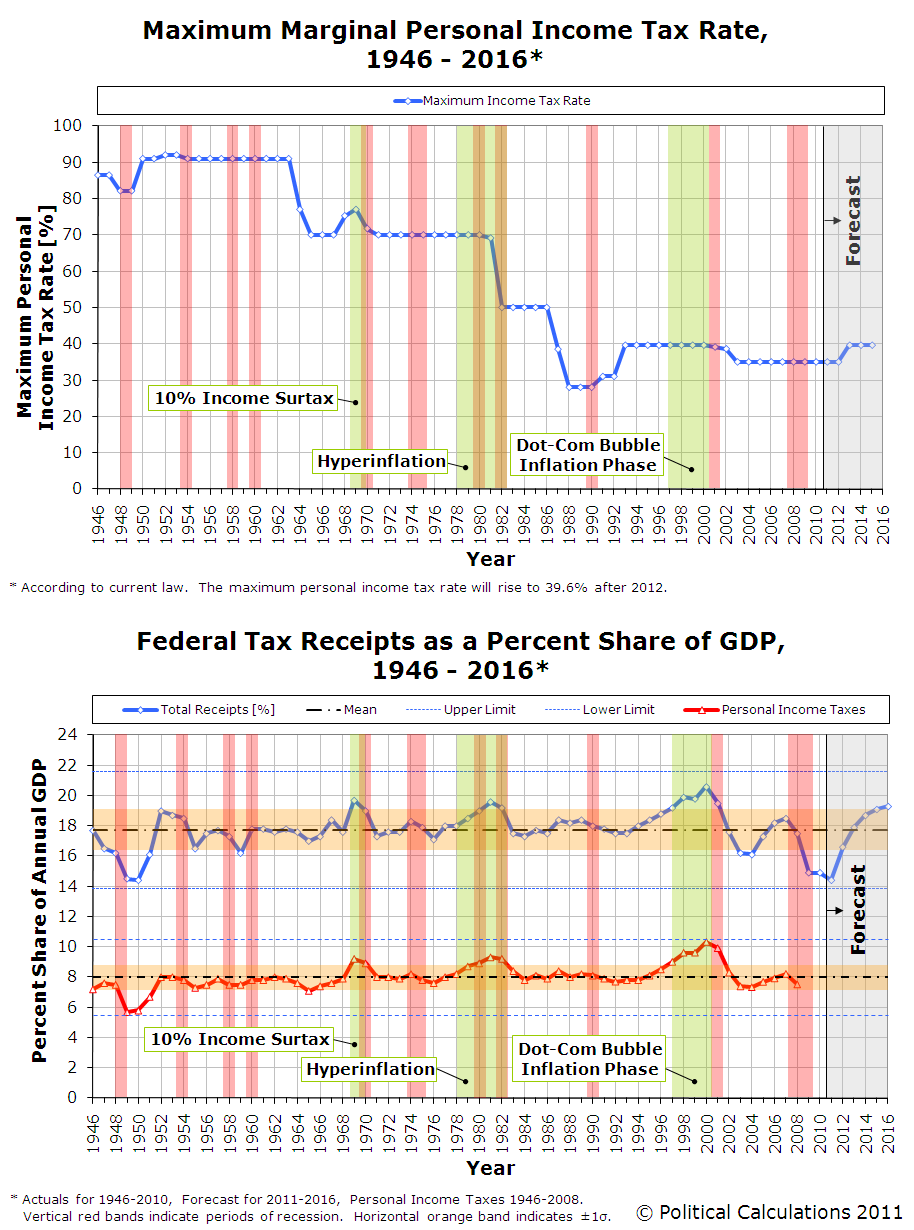 Of course, that's really not surprising when you consider that it is primarily changes in U.S. median household income, and not changes in tax rates, that affects how much money the federal government collects in taxes in any given year.