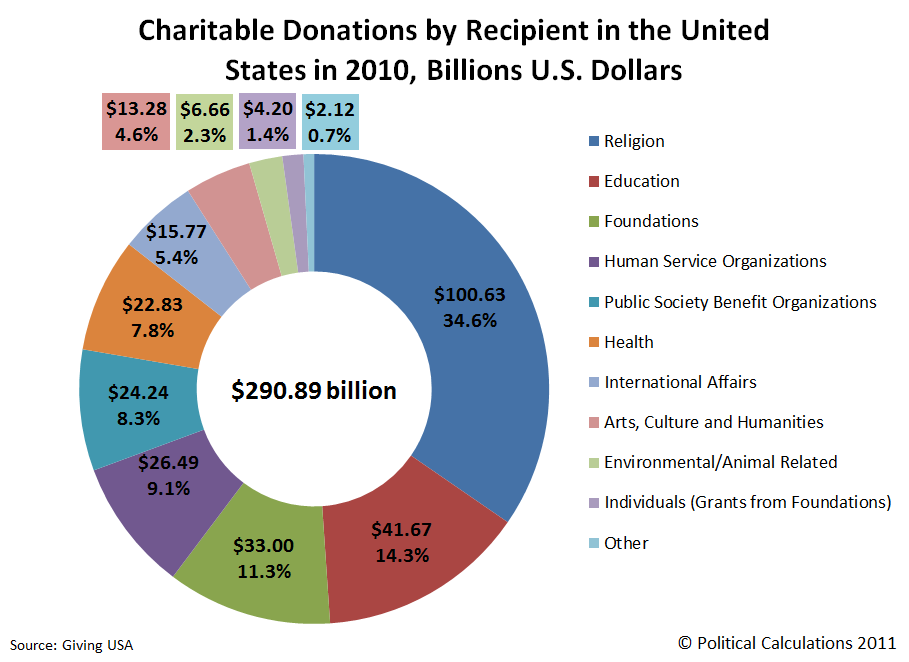 Giving USA reports that 2010 saw some $1.43 billion that was directed toward post-earthquake relief efforts in Haiti. Approximately 75% of these charitable contributions went to Human Service organizations, while much of the remainder went to International Affairs-oriented charitable organizations.

According to data collected by The Guardian, the United States government under President Barack Obama committed some $41,268,315 million to earthquake relief efforts in Haiti, while private organizations and individuals in the United States provided $1,117,401,659.

Or in other words, when it comes to the desperate plight of the poorest people in the Western hemisphere after an especially devastating natural disaster, individual Americans and private charities have proven to be over 27 times more generous than the U.S. government.