If the federal government tries to increase the amount of its tax collections by eliminating or limiting the mortgage interest tax deduction, who's most at risk of seeing their taxes go up?

To find out, we tapped the U.S. Congress' Joint Committee on Taxation's report on tax expenditures for 2010-2014, which provides the breakdown of how much of the mortage interest tax deduction is claimed by taxpayer income level for the 2009 tax year.

We then used that data to construct the distribution of the mortgage interest tax deduction by taxpayer household income below: 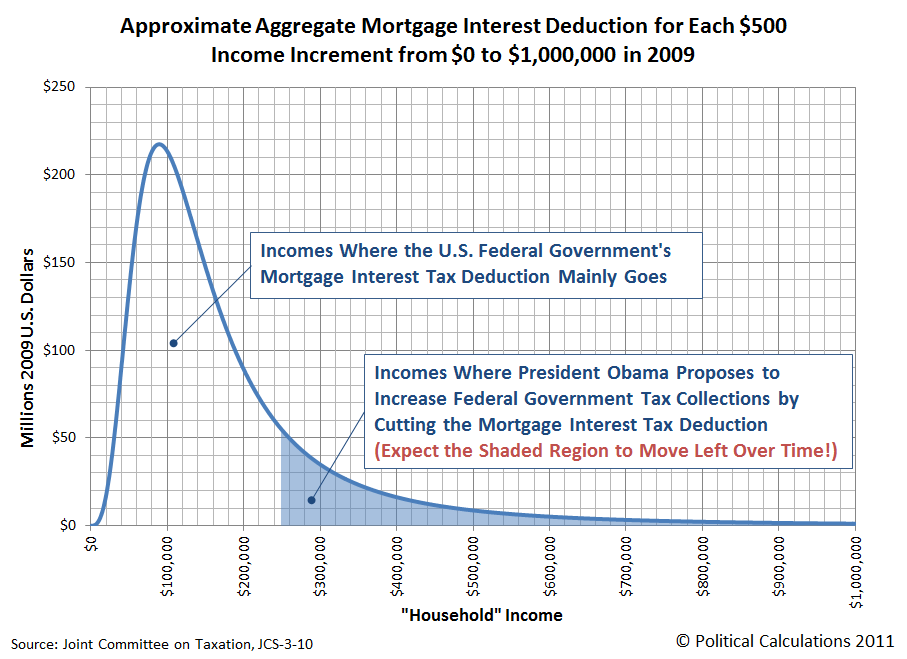 As you can see in the chart above, the greatest amount of "losses" to the federal government, at least, from the perspective of a hypothetical government overlord, is represented by taxpayer households who have incomes in the range between $50,000 and $150,000.

But given the amount of spending the President would like to do, we find it's unlikely that only these high income earners will be affected. If such a change to the U.S. tax code is implemented, we would expect that the income threshold that would see the tax reduction benefit of the mortgage interest deduction will be lowered over time.