In 2009, Americans reported nearly $34.9 billion worth of donations to private charities serving the public interest on their federal tax forms, as they claimed the federal government's tax deduction for charitable contributions on their taxes. 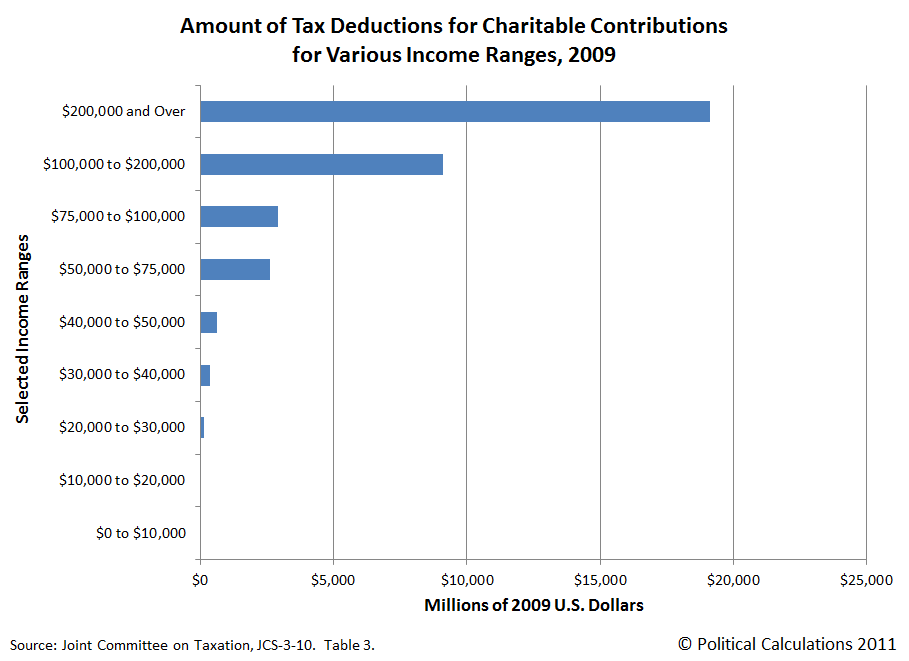 Needless to say, that's a lot of money that President Barack Obama believes would be better spent by the U.S. government in the form of spending controlled by elected U.S. politicians who would receive political benefits from it, which is why the President has repeatedly proposed cutting or eliminating the charitable contribution tax deduction for Americans who earn high incomes.

The President most recently went after the charitable contribution tax deduction in his original budget proposal for the U.S. government's 2012 fiscal year, which could limit the amount of a tax deduction for high income earners by up to 30%. Using the most recently available tax return data for 2009, the chart below shows the approximate distribution of charitable contributions by annual income along with the estimated impact of the President's ambition 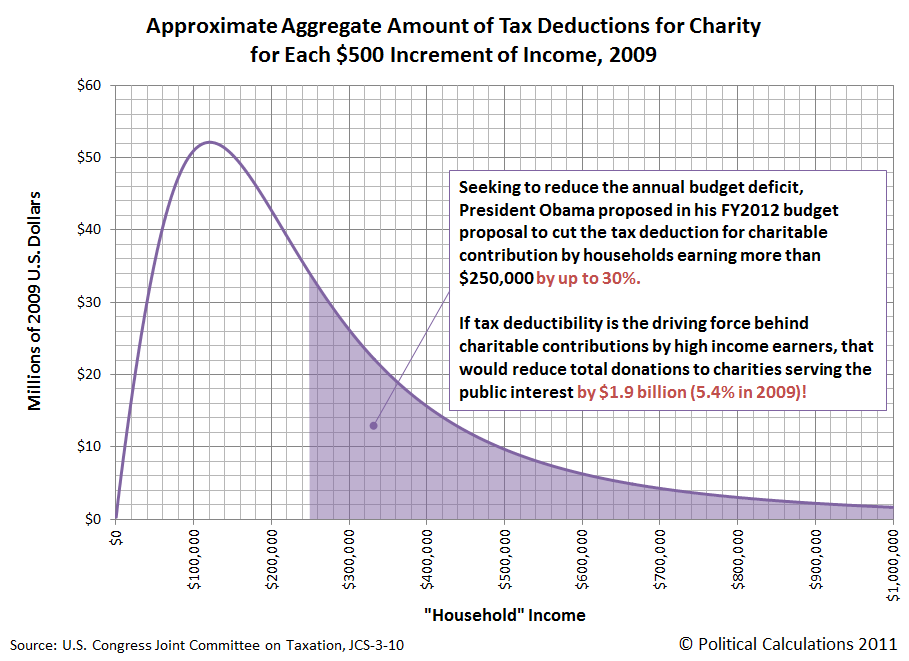 Using 2009 data and assuming that if not for the tax deduction for charitable contributions that Americans earning high incomes would not donate as much money to private charities, we estimate that the potential effect of the President's FY2012 budget proposal would affect up to $1.9 billion of charitable contributions, or 5.4% of the total, for which high income earning Americans would no longer have any income tax-reducing incentive to donate.