So what economic topic does Eric Holder, the current Attorney General of the United States, or his minions at the U.S. Department of Justice, care enough about to use government computers to research late on a Friday afternoon in August? 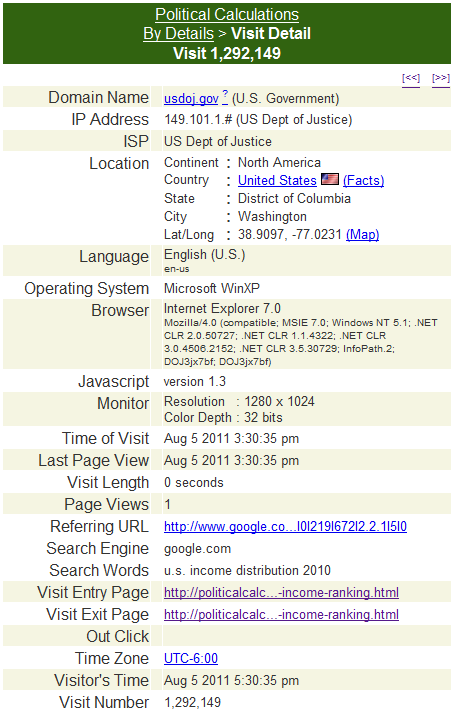 As for why the DOJ is using its resources to investigate that particular topic, perhaps where "justice" is concerned, that's how President Obama's DOJ is keeping score these days....

The tool they accessed, "What's Your U.S. Income Ranking?", was built using the U.S. Census income data from 2009. If Eric Holder is willing to wait another month, when the data for 2010 will become available, we'll be happy to accommodate the Justice Department's economic inquiries.