The number of new jobless claims through 20 August 2010 is now out for the U.S., as the number of unemployment insurance initial claim filings rose to 417,000. That figure is well within the range of values we would expect for the statistical trend established since 9 April 2011. 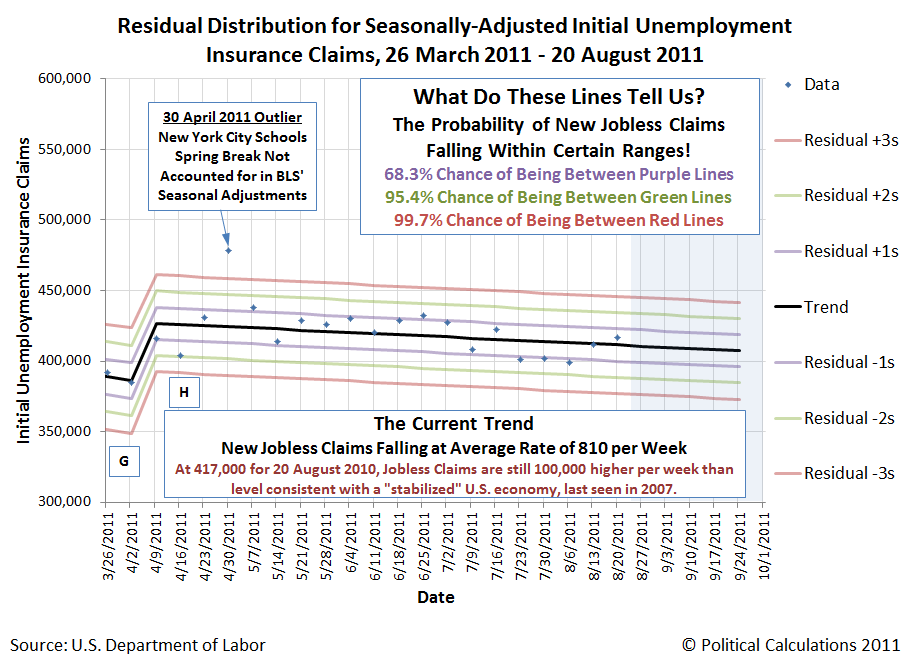 At 417,000 for 20 August 2010, the initial number of new jobless claims in the United States is still 100,000 higher per week than the level that would be consistent with a genuinely "stable" U.S. economy, which was last observed in the years from 2005 through nearly all of 2007.

Side Note: We would describe the media's recent suggestion that levels of new jobless claims "below 400,000" are consistent with a stable U.S. economy as being north of normal by as much as 80,000 layoffs per week.

Now falling at an average rate of roughly 810 new unemployment insurance claim filings per week, the current trend was established beginning on 9 April 2011. At that established rate, it would take 122 weeks, or just over 2 years and 4 months, for the number of new jobless claims filed each week to return to the level that was normal before December 2007, when the so-called "Great Recession" officially began.