Philips, the maker of a $40 LED replacement for standard incandescent 60 Watt light bulbs, has won the U.S. Department of Energy's L-Prize. In addition to the title, the Netherlands-based company will collect 10 million dollars from U.S. taxpayers for the company's technical achievements. 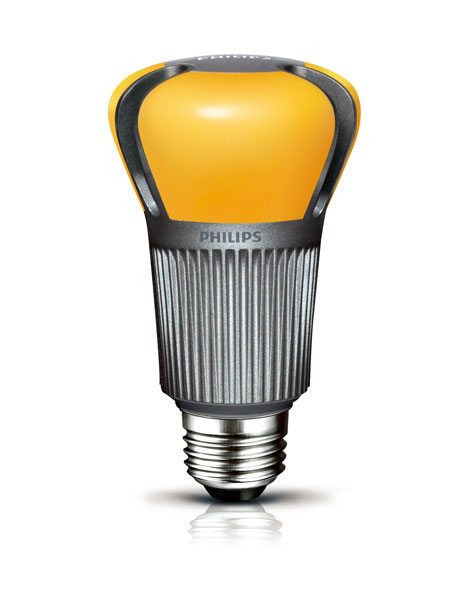 Designed to replace an A19 style bulb, Philips' 12.5 Watt LED replacement bulb is one of the first alternative lighting technologies to come close to replicating the quality of light produced by the familiar incandescent light bulbs when lit.

At today's $40 price, the bulb may appear expensive, however we previously did the math and found that it could very well more than pay for itself over its 25,000 hour expected lifespan. You can see for yourself with the tool we developed below, and we should note that Philips has offered a series of rebates (here's the current $10 rebate for LED purchased between 1 July 2011 and 30 September 2011) to customers which makes the purchase of its 60-watt incandescent replacement much less costly.

We should note that Philips' Ambient LED Dimmable 60W Replacement Light Bulb is now available to be purchased on Amazon.

We're especially excited because the designs of the next generation LED products with similar levels of performance promises to offer more for less, complete with more compelling aesthetics and prices poised to drop as competition takes off.