What effect will the debt deal President Obama signed into law on 2 August 2011 have on the projected future level of government spending?

Adding two small data points to Alex Tabarrok's visualization of total federal government spending following the Budget Control Act passage into law, to compare the projects for the next 10 years against the previous ten, and then the previous "pre-financial crisis" ten years: 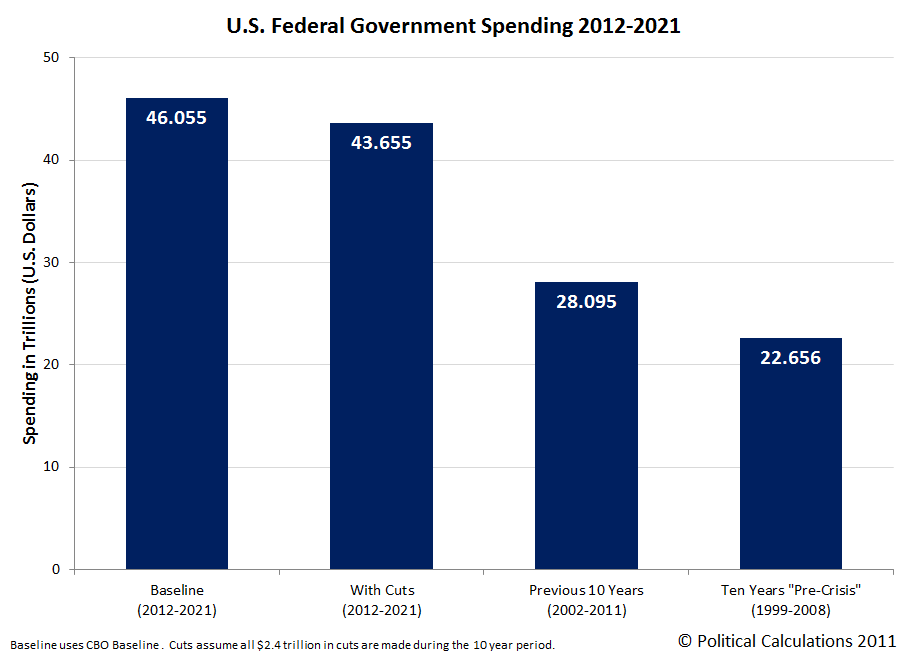 No word yet on whether or not the nation's GDP will grow as quickly....