We're going to close out our series this week on the jobs situation in the United States with a historical look at the percentage of all working Americans who are working part time for economic reasons. 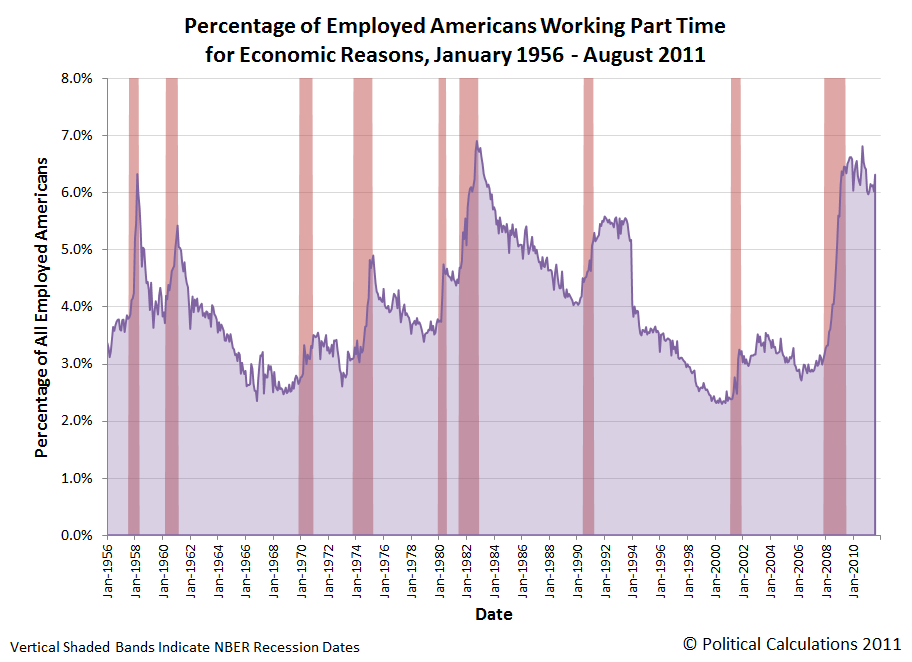 Looking back from January 1956 through the data for August 2011, we find that there is a pretty strong correlation between rapid rises in the percentage of individual Americans working part time for economic reasons and the official recession periods as determined by the National Bureau of Economic Research.

Looking at the period following the most recent recession, which ran from December 2007 through June 2009, we find that there has never been such a prolonged period in which part-time employment made up such a large share of the employed portion of the U.S. workforce following the official end of a recession.

As such, that continuing high percentage of Americans working part time is a pretty good indication that by this measure, the recession that officially began on December 2007 has never really ended, despite all of President Obama's various attempts at creating jobs and all of the taxpayer money spent with the President's approval to try to stimulate the U.S. economy.