We're continuing our visual presentation of the data inside our "How Much Does It Cost to Employ You? (2011-12 Edition)" tool today with a look at the average tax rates paid by employers to support the unemployment insurance benefits mandated by the states in which they operate!

But, because we're always looking at new data visualization capabilities that we haven't previously explored, today, we're simultaneously showing all the data we have by state for each year from 2005 through 2011 in the chart below: 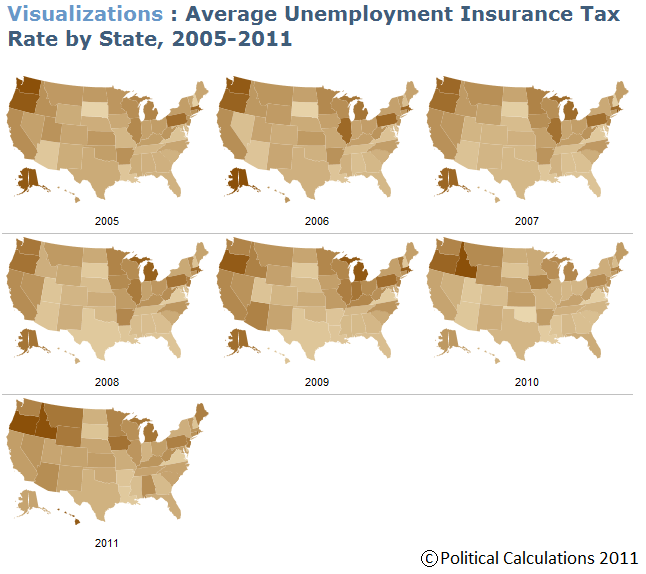 As we did with the workers' compensation tax rate data for 2010, we've posted an interactive version of the chart above and the source data at IBM's Many Eyes data visualization site.