Last week, the U.S. Census Bureau issued the latest data it collects on the balance of trade of goods and services between the United States and China. The chart below shows what we find when tracking the year-over-year growth in the amount of U.S. imports from China and U.S. exports to China from January 1985 through September 2011, which provides an indication of the relative economic health of both nations. 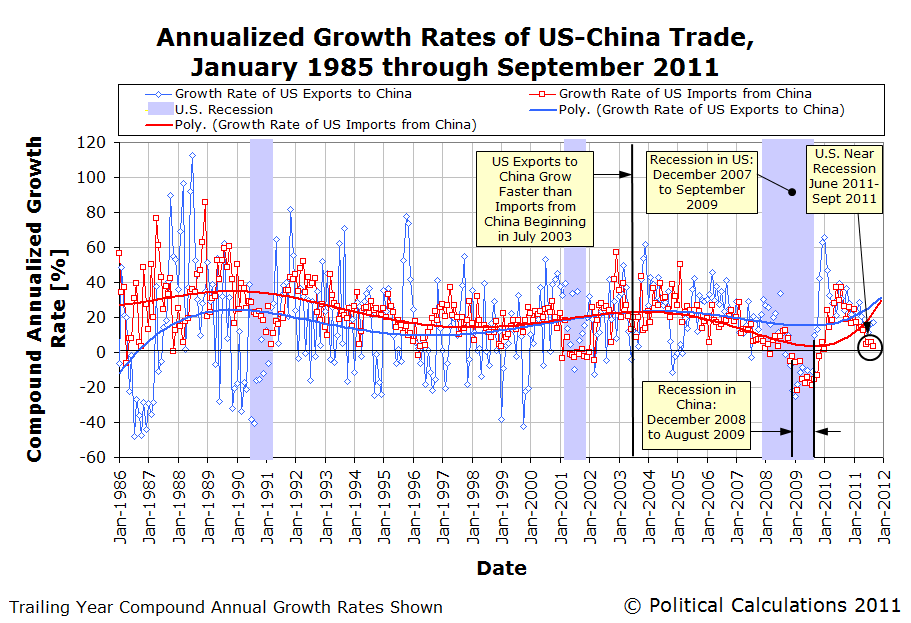 What we find in the chart above is that the rate of growth of what the U.S. imports from China was very low in September 2011, at what we would describe as being "near-recessionary" values, continuing the pattern we've been observing since June 2011.

This indicates that the economic sluggishness most people perceived during the summer of 2011 was real, because a growing economy would tend to pull in more imports.

But we also see that China's economy is also going through its own slowdown, although it appears to still be growing more strongly than the U.S. economy.

Switching over to our doubling rate charts, we see that U.S. exports have sustainably doubled in value four times since January 1985, and are nearing the fifth doubling line: 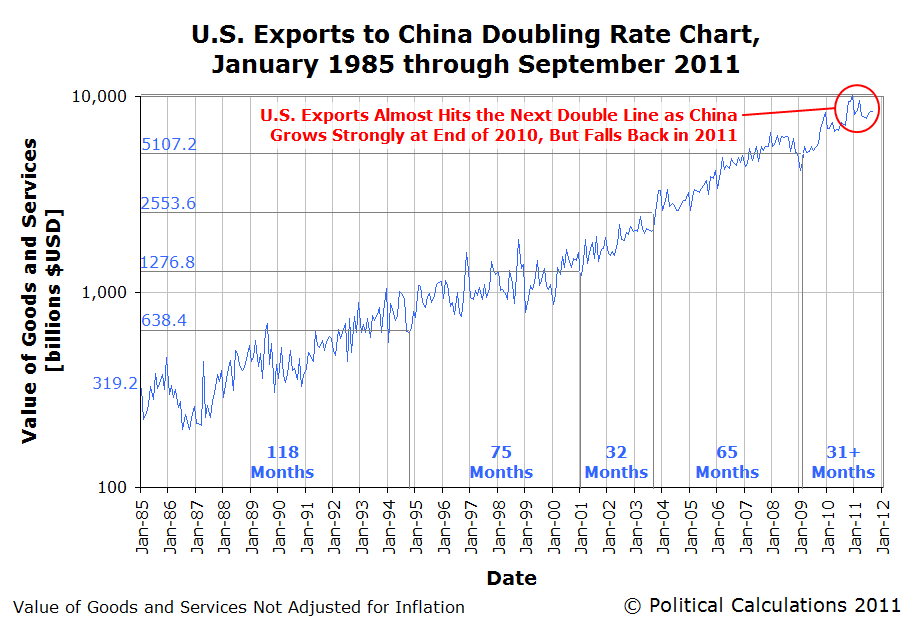 We observe that the pattern of U.S. export to China since 2008 is very different from the preceding 23 years - it appears as though U.S. exports to China have begun following a seasonal pattern, with the peak in exports occurring in December.

Meanwhile, we find that China's exports to the United States have been growing at a much slower pace since 2008: 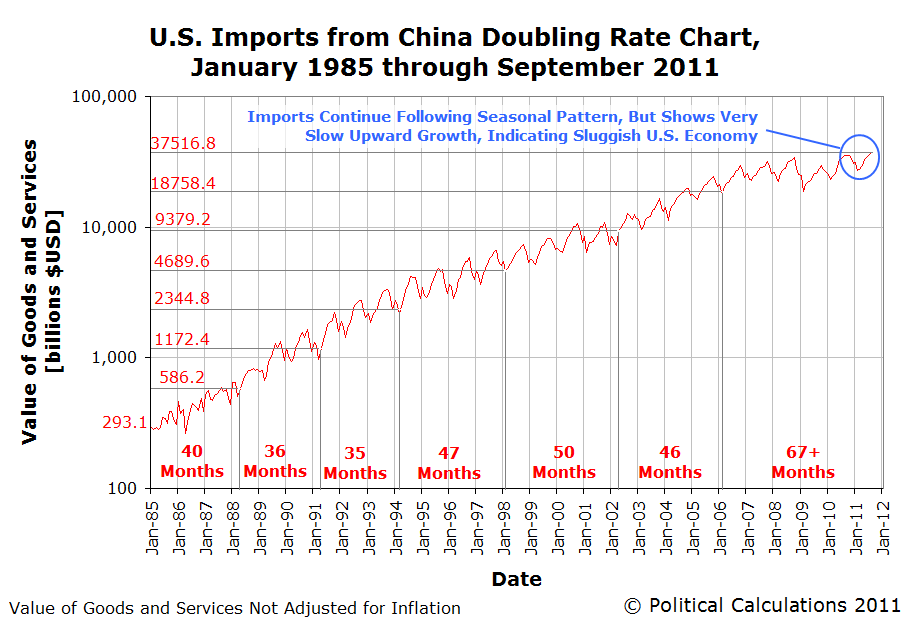 The U.S.' imports from China typically follow a seasonal pattern, with the peak occurring between the months of August through October, which coincides with the stocking of consumer goods for the Christmas shopping season in the United States. Although the value of the goods and services the U.S. imports from China is at near record levels (they hit an all-time high in August 2011), the quantity of goods being imported from China into the U.S. is falling.

So how can the value of what the U.S. imports from China be near its all-time record while the volume of goods being shipped is falling? Easy! It's because the value of the U.S. dollar is falling with respect to the value of China's currency:

To put it bluntly, the falling value of the dollar is making it relatively more expensive to buy imports from China than it was a year ago. And that's why U.S. port traffic is down, and U.S. port employees are working less, even though the U.S. appears to be spending more money on Chinese imports this year as compared to last.

And most paradoxically, President Obama is demanding China do more to allow the U.S. dollar to fall with respect to the Chinese yuan, even though it's clearly already happening and is producing the effects he desires.

But then, it's not like President Obama pays much attention to serious economic matters of any kind, unless they reinforce his mispreconceptions.