On 3 October 2011, we offered the following forecast for where GDP in the third quarter of 2011 would be recorded:

Although only the first advance estimate of GDP for 2011Q3 has been released so far, here's the tale of the tape: 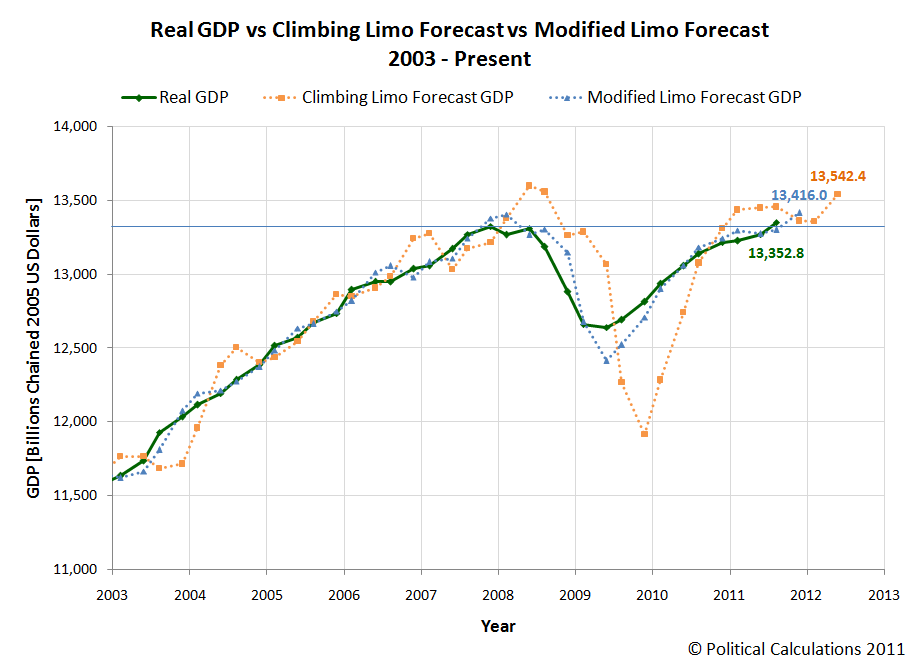 Using the advance GDP estimate for the third quarter of 2011, which will be revised at least twice more before being "finalized" (pending later revisions), we can reasonably project that the inflation-adjusted value of U.S. GDP for the fourth quarter of 2011 to be between $13,275.3 and $13,556.7 billion (in terms of constant 2005 U.S. dollars). We estimate a near-70% probability of 2011-Q4 GDP falling between these values.

On a technical note, we will revise our forecast when the third estimate of 2011-Q3 GDP is released in two months time.

Overall, the U.S. economy is continuing to perform as expected. We anticipate that growth will continue at a similar pace to 2011-Q3 through the end of the year, however we expect that the U.S. economy will begin to slow significantly in the second quarter of 2012, based upon dividend futures data for the S&P 500.