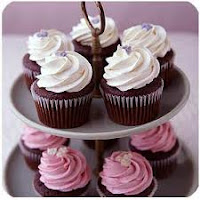 If you run a business and are looking at running a marketing campaign offering discounts on your products or services through social media marketing sites like Groupon or Living Social, what kind of discounts can you really afford to offer?

That question comes up because of a recent story from the United Kingdom, where Woodley baker Rachel Brown was forced to make 102,000 cupcakes to satisfy a torrent of customers who took advantage of the discount she had offered via Groupon, losing $20,000 in the process. Mashable's Stan Schroeder reports:

Group discounts can be a nice thing for both the seller and the customers, but you have to know your limits. A UK baker learned that the hard way, when she was forced to bake 102,000 cupcakes, after offering a 75% cupcake discount on Groupon.

The discount obviously sounded too good to Grouponers, 8,500 of whom signed up to buy 12 cupcakes for £6.50 ($10), down from the standard £26 ($40) price. Rachel Brown, who operates the Need a Cake bakery in Woodley (near Reading, UK), had to hire extra workers and try to bake the cupcakes to satisfy the swarming customers.

"Without doubt, it was my worst ever business decision. We had thousands of orders pouring in that really we hadn’t expected to have. A much larger company would have difficulty coping," said Brown, who lost up to £12,500 ($20,000) on the deal.

There's a lot that went wrong for our cupcake-baking heroine, but thanks to the folks at TheDealMix, who developed the formulas, we can now present a tool using simplified math that can help any business owner set up a deal for discounts to avoid the pitfalls into which Rachel Brown's bakery fell.

Just answer the following questions as they apply for your business - our tool will do the rest to help ensure that your business can handle the demand from your deal while still running in the black!

Our tool's results are designed to ensure that your business can afford to support the discount promotion you're thinking about running in two ways. First, by adding a positive amount to your Cost of Goods or Services Sold, you'll avoid the situation where you might discount your promoted item too greatly.

Second, by placing a limit on the number of deals that will be offered through your promotion, you'll largely avoid having to go to extraordinary means to satisfy customer demand should your promotion prove to be extremely popular.

And now, you shouldn't have to worry about whatever the equivalent of losing $20,000 to bake 102,000 cupcakes is for your business!