Thanks to the Fed's excursion into Zero Interest Rate Policy (aka "ZIRP"), we can't use our dedicated tool that reckons the odds of a recession up to a year in the future.

But we can do the next best thing and listen to what the stock market is trying to tell us: 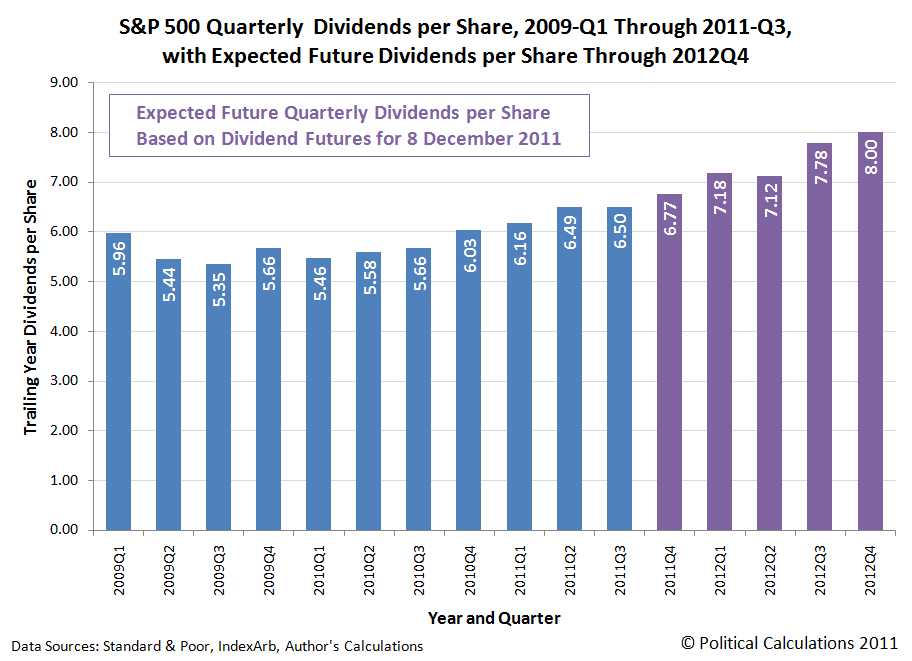 Here, we find that the private sector of the U.S. economy is set to slow down in a big way going into the second quarter of 2012, which we see as the decrease in that quarter's expected dividends per share.

Keep in mind the extremely slow growth of just once cent per share from the second to third quarters of 2011 directly coincided with what we've described as a microrecession in the United States, which we've since confirmed using international trade data.

But what does that mean for jobs? After all, as we've seen previously, the big job losses following the beginning of a recession often occur quite a bit after it has begun.

Fortunately, we have another tool we can use to predict how the U.S. unemployment rate will change, up to two years in the future! The relationship between inflation-adjusted motor gasoline prices and the unemployment rate in the U.S.! 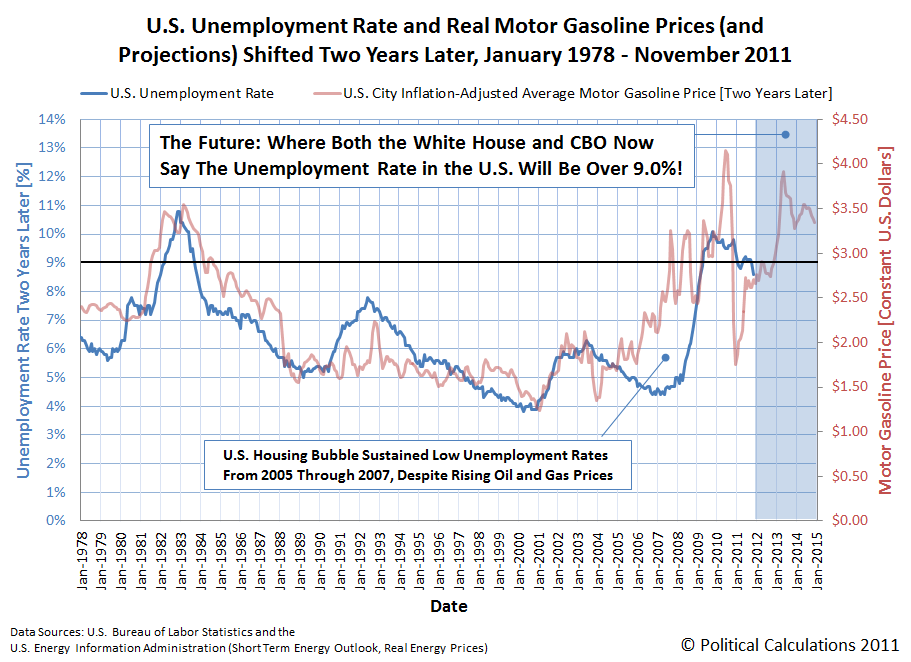 Here, we've shifted the red curve indicating the level of real motor gasoline prices in the U.S. some two years into the future. Here, we see that the recently announced unemployment rate of 8.6% for the U.S. is right about exactly where the gas prices of two years ago would predict they would be.

(Technically, they had been higher than anticipated until the most recent employment situation report, but then, remember the U.S. went through that whole microrecession thing!)

Looking into the future, we see that the unemployment rate through 2012 is likely to fall into the range between 8.5% and 9.0%. But very early in 2013, it would seem set to skyrocket back up over the 10% mark, after beginning to rise sharply toward the end of 2012.

That won't be any microrecession. And now, you can't say you weren't warned about what now looks like is coming this way!

Doug Short compares the track record of two leading economic indicators and notes that the two have diverged in recent months, with one signalling recession and the other chirping along merrily - only one can be right!...