In October 2011, China set a new record for its exports to the United States, with the value of its goods and services being imported into the U.S. reaching an all-time high of $37.807 billion.

Unfortunately, the year over year growth rate of China's exports to the U.S. indicates that the U.S. economy, while doing a bit better than the months of May through September 2011, is still near recessionary levels. 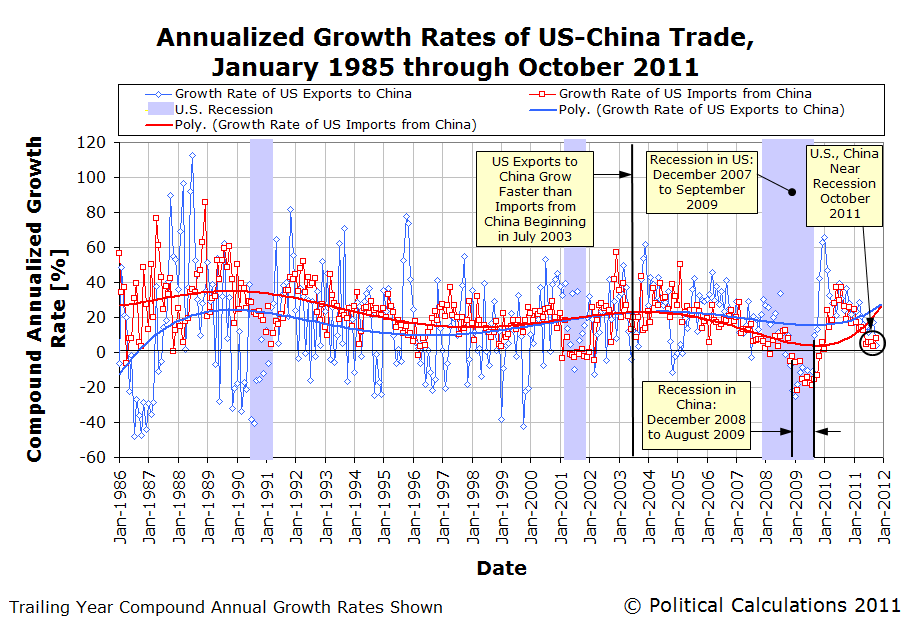 Worse, we find that the year over year growth rate of U.S. exports to China has also reached near-recessionary levels, even as the value of the goods and services exported by the U.S. to China is still on track to peak by December 2011.

What we suspect is that the respective growth rates of the trade between the two nations are reaching a near-simultaneous inflection point, where instead of growing, which we would expect if the economies of China and the U.S. were both healthy, they are instead set to go flat or to become negative, as both nations would appear to be now experiencing near recessionary conditions.

It would seem that not even the kind of massive Keynesian economic stimulus spending that China engaged in back in 2009 and 2010 is sustainable for more than a couple of years, as all bubbles end. It's only ever a question of when and how....