Political Calculations
Unexpectedly Intriguing!
February 20, 2012
What's Next in the Cards for the S&P 500?

Although we've stopped offering forecasts for where stock prices will go next, we're still more that happy to occasionally show you where things stand with respect the the stock market, as represented by the S&P 500. We're just not going to tell you what it all means for the future!

With that in mind, take a look at the following chart, in which we observe that investors are currently focused on the change in the growth rate of dividends per share for the third quarter of 2012 in terms of setting today's stock prices: 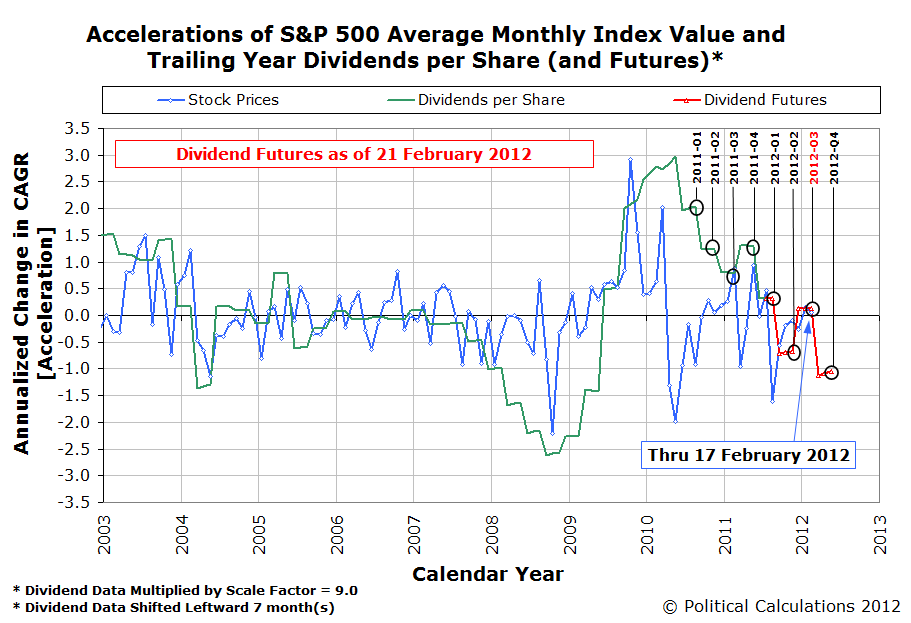 Our next chart shows the expected level of trailing year dividends per share for the S&P 500 for each quarter through the end of 2012. Pay close attention to the note on the right half of the chart, which is slightly tweaked from the version we posted just a week and a half ago: 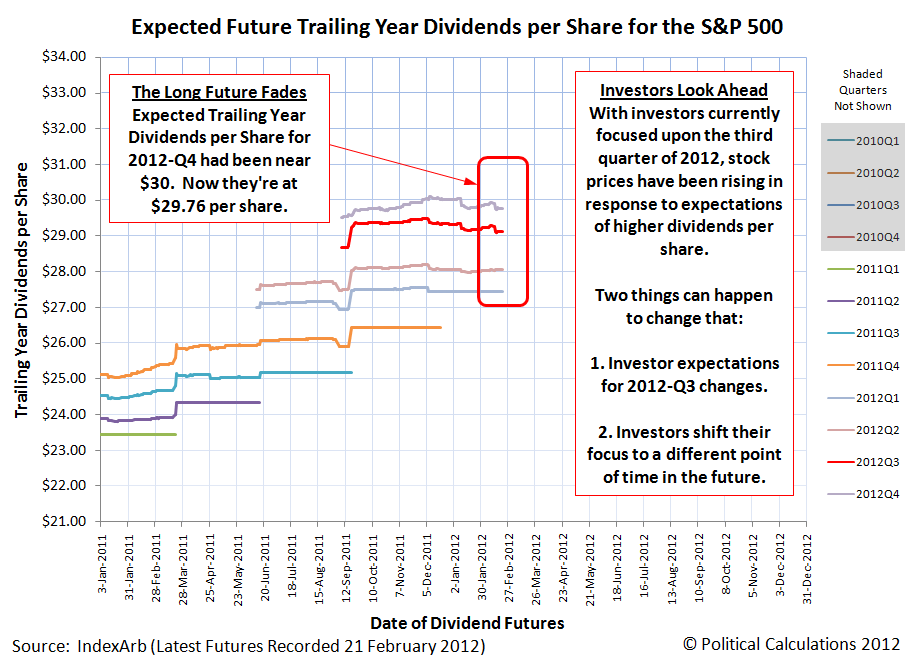 Now, take a look back at the first chart we provided in this post, and see what future points in time are available for investors to choose among in setting their forward-looking focus for investing....

Last, let's take a look at exactly where the S&P 500 has been with respect to its underlying dividends per share for each month from December 1991 through the average for February 2012, at least through 17 February 2012: 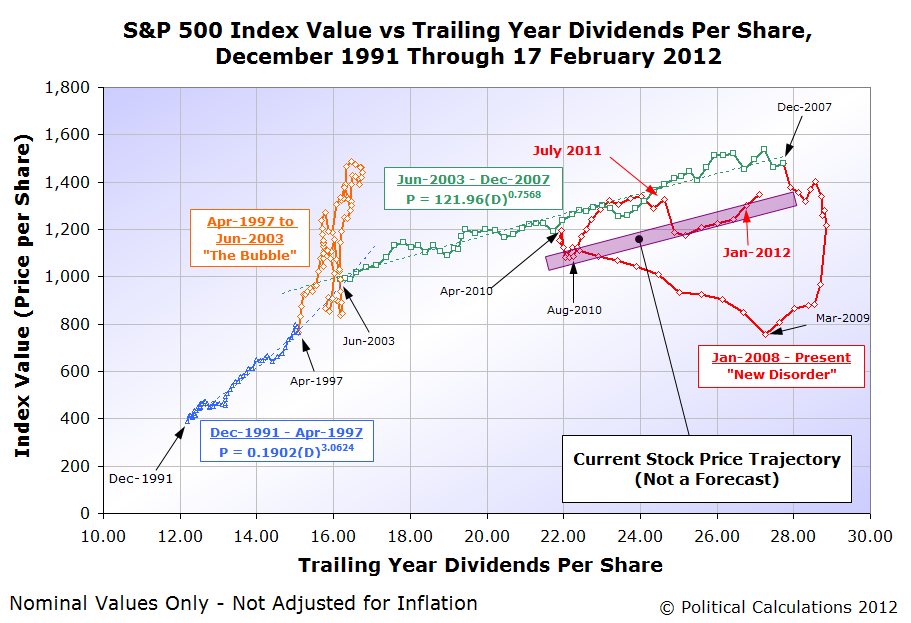 Given where it is at now, and having now seen what we see, what would you say is next in the cards for the S&P 500?

While it should be pretty blatantly obvious to our smarter readers where stock prices will be heading in the near future, we should note one possible wild card that would alter the course of the future - the potential impact of a new round of quantitative easing being fully launched by the Federal Reserve during this election year.

In which case, our chart here suggests what such a different future might look like for stock prices....