How do high gasoline prices affect the pace of job layoffs in the United States?

We now have the ability to answer this question thanks to a recent break in the trend for seasonally-adjusted initial unemployment insurance claim filed each week in the United States.

Here, we note that the data for these new jobless benefit claim filings reflect major changes have occurred in the business outlook for U.S. employers making employee retention decisions some 2 to 3 weeks earlier. This time delay corresponds to the typical weekly or biweekly pay periods that most U.S. employers have, where employers allow their current pay period to run out, with any changes they might make with respect to their staffing levels being implemented at the beginning of their next pay period.

For the most recently broken trend in U.S. layoff activity, we observed that average fuel prices in the U.S. rose above $3.50 per gallon in the week between 19 March 2011 and 26 March 2011, which showed up in the data for new jobless benefits being filed in the week ending 9 April 2011, which marked the beginning of the trend. The effect on U.S. layoffs was to derail the pace of post-recession economic recovery in the United States, sending it on a much slower pace of improvement from that point forward.

The chart below shows the nine major trends we have observed in U.S. layoff activity from 7 January 2006 through 25 February 2012: 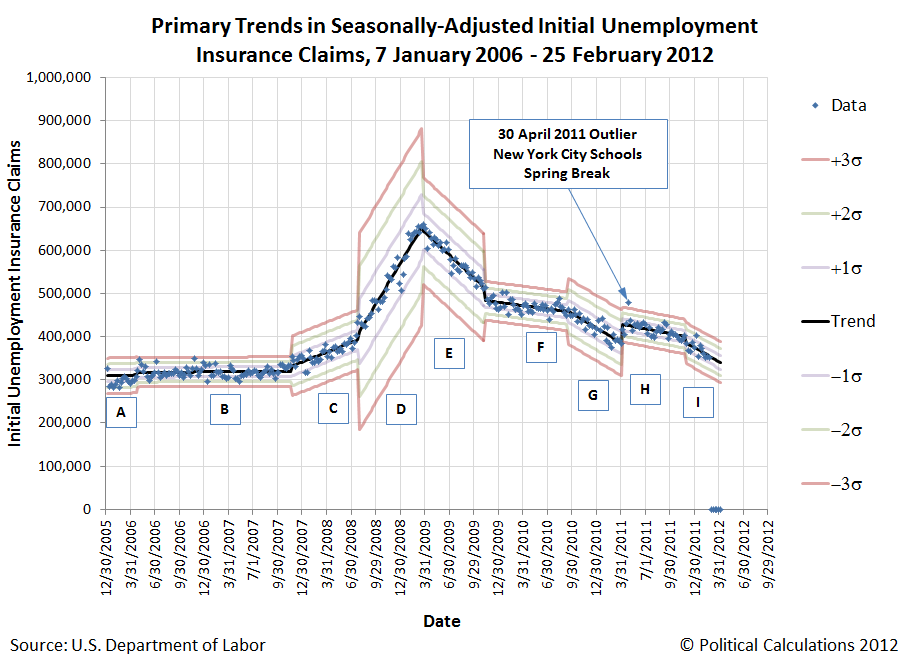 The table below describes each of these major trends, including the causal factors behind each that we have been able to identify:

Using residual analysis, we can eliminate the variability associated with rising or falling general trends over time and improve our ability to both make forecasts of U.S. layoff activity and to detect changes in trends. The chart below shows the trends after accounting for those general changes: 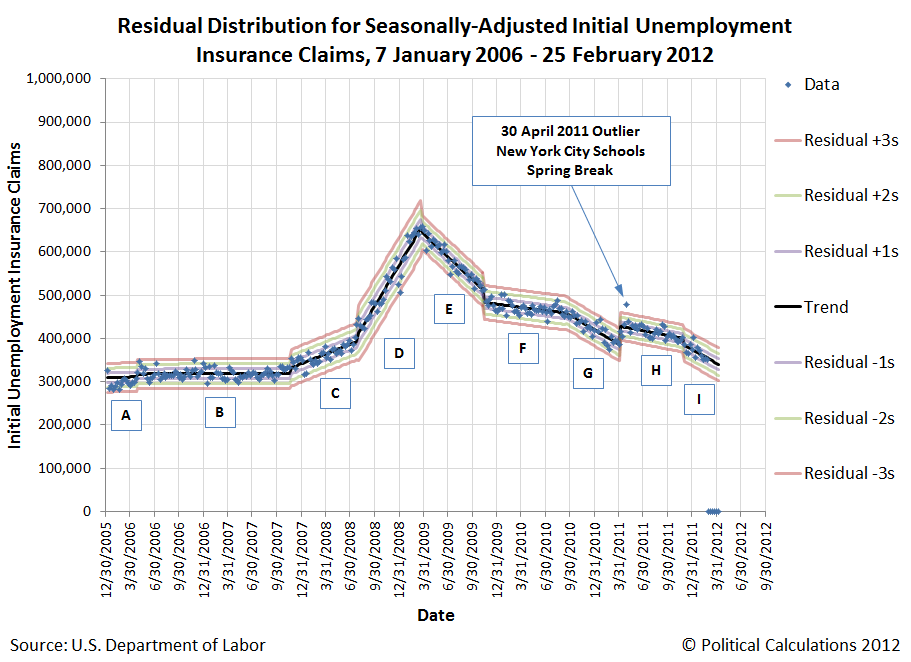 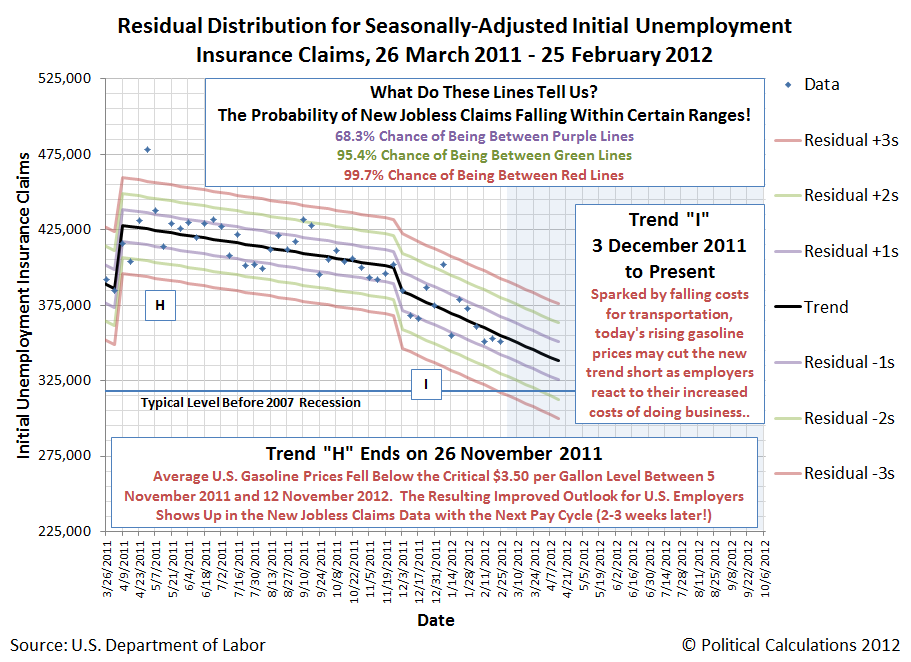 With average motor gasoline prices now having risen back above the $3.50 per gallon mark within the last several weeks, which proved to be the trigger point for affecting employee retention decisions at U.S. employers in 2011, we anticipate that the current trend of faster improvement in U.S. layoff activity may be fairly short lived.