On 19 March 2012, Apple (NYSE: APPL) announced that it would initiate paying regular dividends to its shareholders for the first time since 1995, effective with the end of the second quarter of 2012. 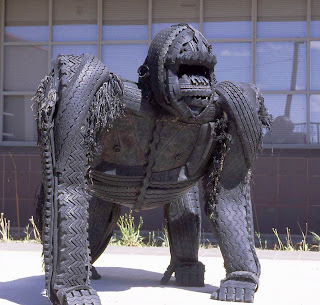 Beginning in July 2012, the company will pay $2.65 in cash dividends per share each quarter to each of its stockholders. Using the stock's market opening price on 19 March 2012 of $598.56 per share, just after the company's announcement was made, we calculate that the annualized dividend yield for the stock is 1.77%.

The effect of this change in the company's policy toward dividends will be felt in two ways. First, in the short term, because investors have been bidding AAPL shares upward in anticipation of the move, the immediate change will be for the company's shares should be fairly small, with the size of the move depending upon how closely investors anticipated the size of Apple's announcement - the more off they were in anticipating the actual change, the larger the effect of the announcement will be upon Apple's stock price.

As that happens, we can expect that the value of the S&P 500 index will also adjust accordingly. At least, until other new information affects stock prices!

Second, given that the company is presently the second-largest component of the S&P 500, which ranks companies according to their market capitalization, any changes in Apple's projected future dividend will have an immediate and pronounced effect upon the value of the S&P 500 index.

Just see what effect the announcement had: 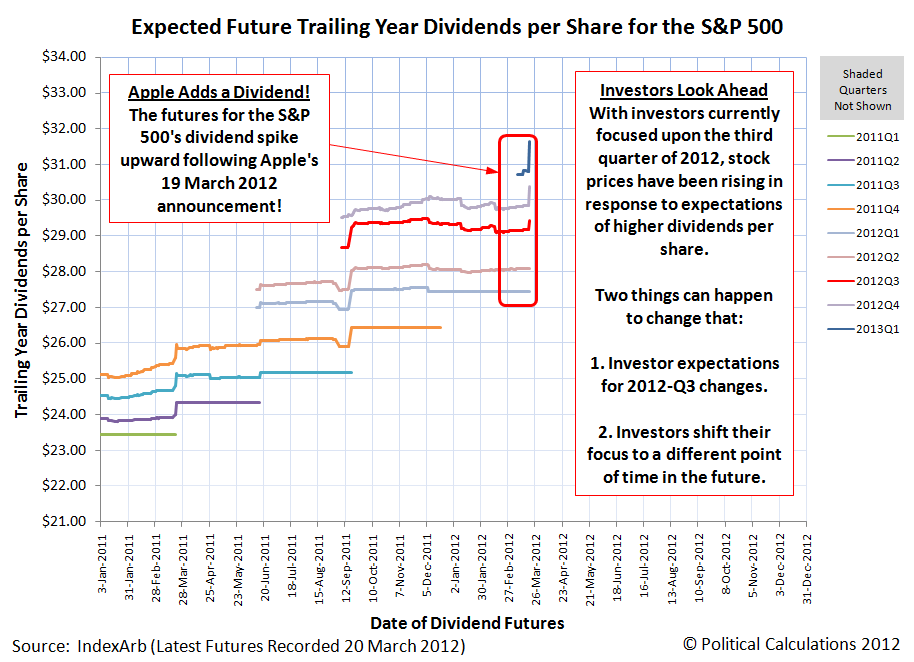