Today, we're not presenting new analysis so much as we're catching up with the multi-year data revision that the BLS incorporated into its latest report on the number of initial unemployment insurance claims filed across the United States each week (HT: Mark Perry).

The BLS' data revisions, which affect data going all the way back to 2007, had no effect upon our identification of the major trends in the number of U.S. layoffs/new jobless claim filings over the affected period. 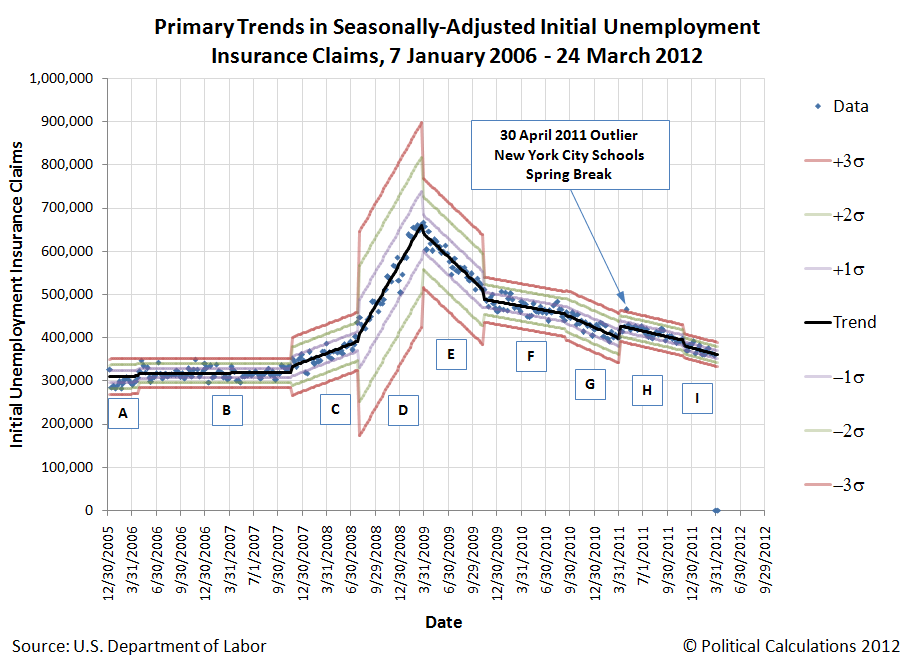 The table below summarizes each of the periods identified with letters of the alphabet in our updated chart showing each of the major trends over the period from January 2006 through the present:

This post isn't entire new analysis free however, as we'll break into the residual distribution of the data and take a closer look at the major trends over the past year in our second chart: 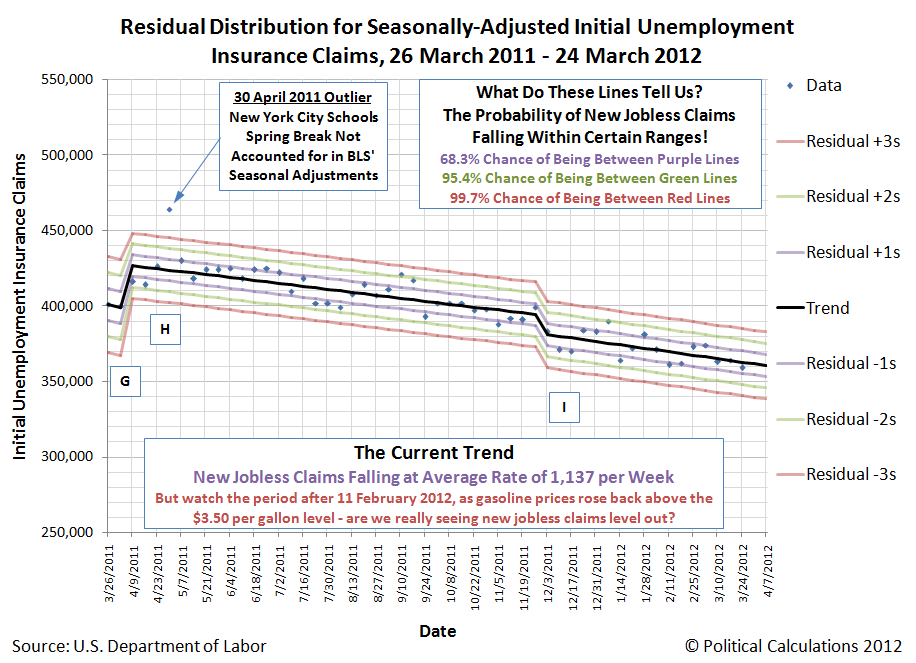 We anticipate that the latest figure of 359,000 for the number of seasonally-adjusted initial unemployment insurance claim filings announced by the BLS on 29 March 2012 will be revised upward this week, per the BLS' usual statistically inexplicable practices.

That likely upward adjustment would signal that there has been no sustained improvement in the number of seasonally-adjusted new jobless claims filed each week since the national average of gasoline prices in the U.S. rose above $3.50 per gallon in the weeks following the 11 February 2012 report.

That doesn't necessarily mean that the newest trend of improvement in this economic measure has broken down, but it does suggest that there is at least a micro-trend in the data that bears watching. As for whether the current trend is breaking down, it is unlikely that we will know one way or another for perhaps as long as until sometime during the summer.