Currently, international trade data suggests that both China and the U.S. are undergoing significant, near-recessionary slowdowns in economic growth, if not outright recessions, which we strongly suspect is already the case for China, but not the U.S., which we believe will only skirt the edge this quarter. 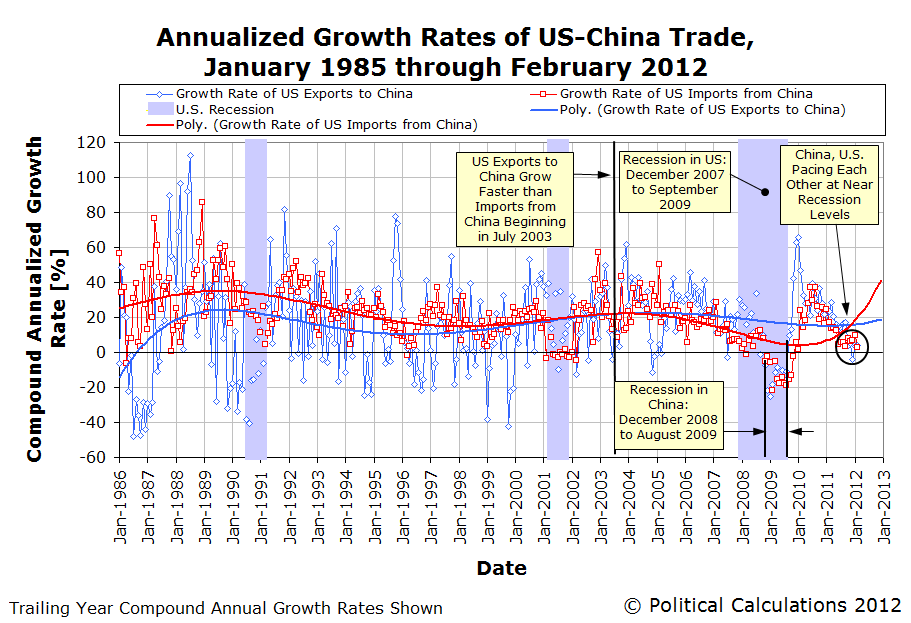 But that's not the main focus of our post today, where we'll instead deploy our doubling rate chart of the value of exports the U.S. has sent to China in each month from January 1985 through February 2012: 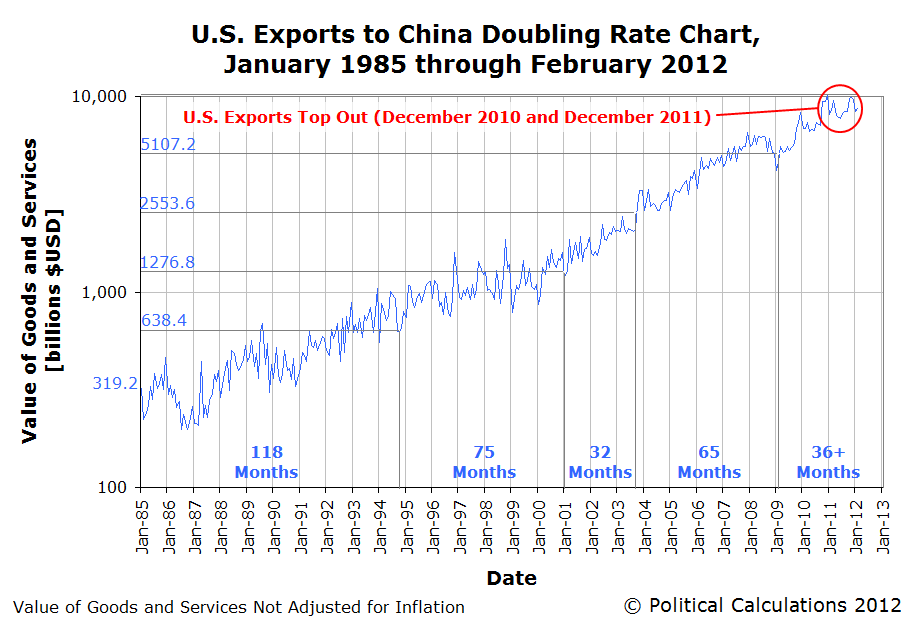 And our doubling rate chart of the value of everything that the U.S. has imported from China over the same period of time: 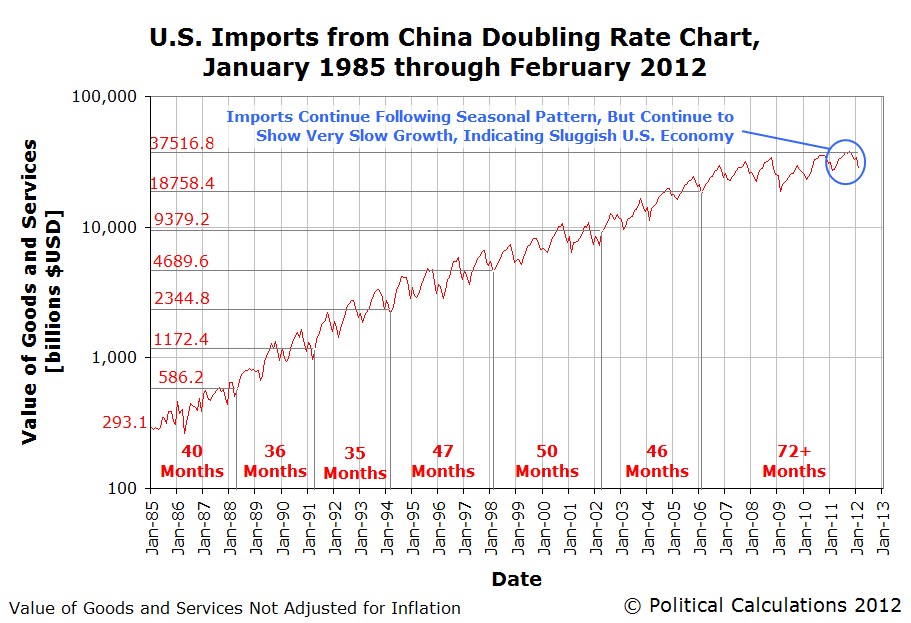 For example, in looking at U.S. exports to China, we see that although the volume of U.S. exports was well above the previous doubling line of $2,553.6 billion for much of 2007 and 2008, the crashing of exports as China went into a full-blown recession in December 2008 extended the doubling period out to 65 months.

We likewise see a similar pattern for what the U.S. has imported from China since January 2006. Here, the U.S. recession, which deepened severely in late 2008 and early 2009 with the large-scale failures in the U.S. automotive industry, also pushed out the amount of time it has taken the volume of Chinese goods and services consumed in the U.S. to double from its previous mark. At present, it is six years and counting....

Since we've previously found that international trade may be used to diagnose the relative health of national economies, what this data indicates is that the U.S. economy has essentially "gone flat" in the period since those darkest days of the "Great Recession", registering only minor gains in the period since. That would be a confirmation of the perception that the U.S. economy has failed to adequately recover under the nation's current political leadership.

By contrast, China's economy has grown more strongly, at least until December 2011. We believe it's still too early to tell what direction the political winds might break in that nation as a result, although recent events may be providing a preview of what is to come.

What would be interesting to see is how those economies that have been tightly linked to China's growth will fare now that its economic tide has changed. We would expect those nations whose trade with China involves the export of raw materials to the Chinese will be among the most negatively affected. We'll see what data we can dig up for future posts on the topic....