How has the small nation of Estonia been able to turn its fiscal and economic situation around so effectively? 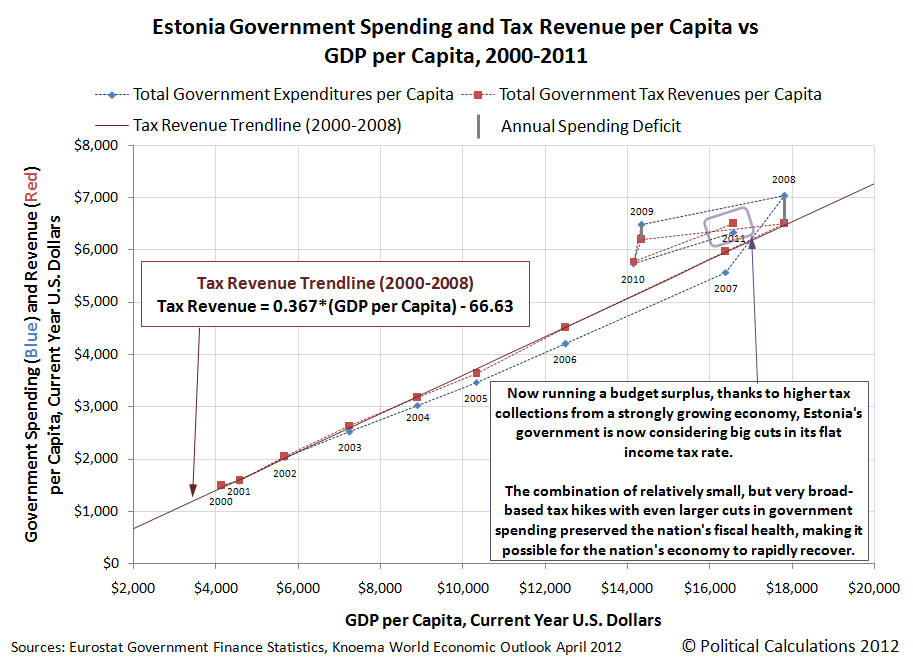 So what exactly did Estonia do right that neither Greece, nor Spain, nor the United States has done during that same period of time?

The answer is that the Estonians did austerity right. Instead of jacking up government spending, in the hopes of stimulating their economy or in the name of bailing out failing institutions or politically-connected businesses, the Estonian government kept their spending under control. They acted to keep their spending in line with their actual tax collections, which in turn, has kept the nation on a sound financial footing as they succeeded in avoiding huge increases in their national debt.

At the same time, the Estonian government increased tax rates, but unlike other nations, and from the perspective of fiscal policy (usually, it's not a great idea to hike taxes during a recession), they raised the right ones and kept the size of the tax increases relatively small.

Here, instead of foolishly focusing on trying to extract an ever larger percentage of the incomes earned by the most successful Estonians, the people whose economic activities can disproportionately affect a significant share of the nation's economy, the Estonian government implemented a very broad-based tax increase through its Value-Added Tax, which spread the pain of the tax increase across the nation's entire population, as it increased its VAT rate from 18 to 20%.

With that certainty in policy, the nation's economic fortunes turned toward the positive in 2010 and boomed in 2011. We project that in 2012, the Estonian economy will surpass its 2008 performance, marking a full recovery - despite the ongoing overall economic turmoil currently affecting Europe.

In fact, the economy has turned around so strongly that the Estonian government will cut its flat income tax rate from 21% to 20% in 2015 - relieving a good portion of the additional tax burden it placed on Estonians during its deepest recession years.

From a fiscal stability perspective for the Estonian government, that makes sense. One of the key lessons learned among the individual states in the U.S. during the past several years is that sales taxes (which a VAT resembles) are more stable than either personal income taxes and especially corporate income taxes. Estonia's public finances will be on an even more sound footing going forward as a result.

Quite possibly, it will be yet another lesson that the nations of the world can learn from Estonia.