On Friday, 27 July 2012, the Bureau of Economic Analysis revised its estimates of the U.S.' inflation-adjusted GDP going back to the first quarter of 2009. Our animated chart below shows what changed: 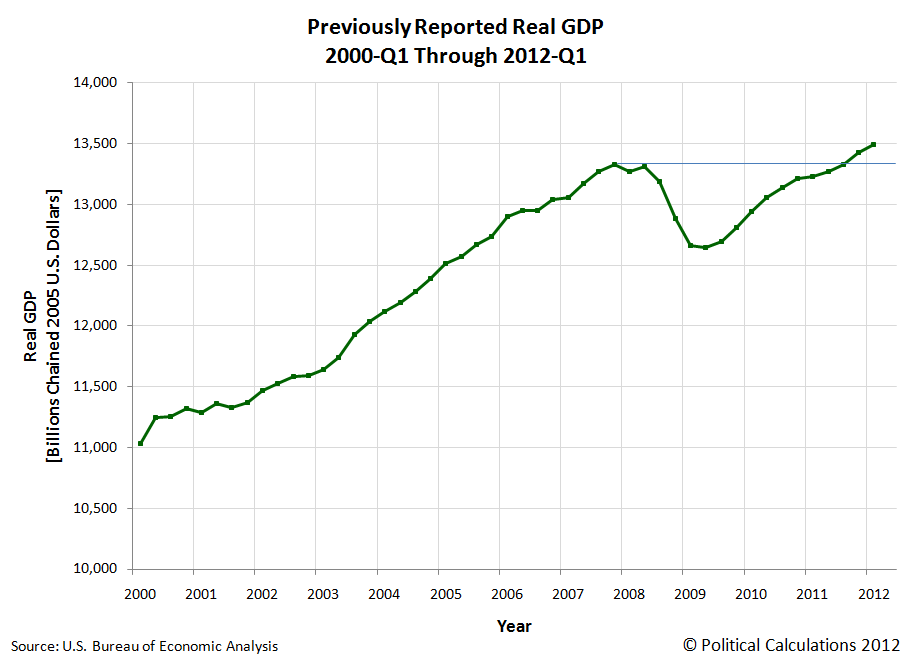 Taking the bigger picture into account, given the typical 6 to 18 month lag in time from when macroeconomic policies are implemented to when they begin having a measurable effect upon the economy, it would appear that the policies implemented by the U.S. government and Federal Reserve in 2008 were more effective in arresting the decline of U.S. GDP and initiating the economic recovery in the second quarter of 2009 than the data previously suggested.

Meanwhile, the revised GDP data suggests that policies implemented by the U.S. government in and after 2009 would appear to have been largely ineffective in promoting a more robust economic recovery, as they failed build on the energy it took to arrest the decline and to begin the recovery in the first place.

We wonder when the policy makers of 2009 and afterward first recognized that their policies weren't working the way they believed they would. And perhaps a better question is why didn't they adapt those policies once they did?

Our chart above uses the animated PNG format, where your ability to see the animation may depend upon whether your web browser supports the format. If that's not you, here are the frames for the animation: 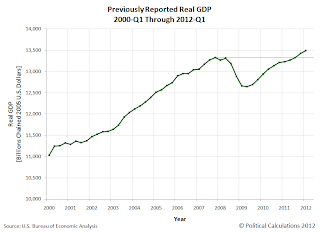 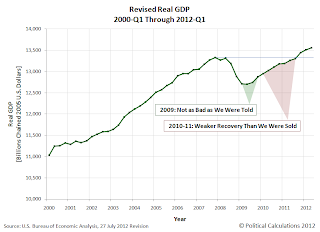