Political Calculations
Unexpectedly Intriguing!
18 September 2012
The Future According to Dividends, Through 2013-Q3

First the good news: we can now peer ahead to the end of the third quarter of 2013 and see what is in store for the quarterly dividends of the S&P 500! The chart below reveals what we see in that future: 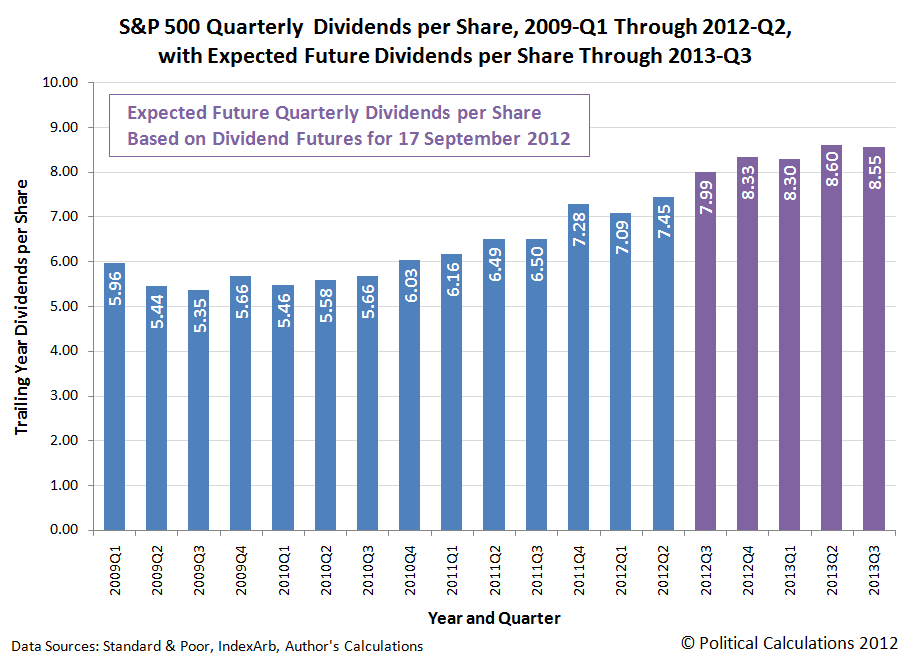 Taking the change in dividends over time as a good measure of the health of the U.S. economy, 2013 thus far appears to be destined for spectacularly lackluster growth, as dividends would seem to be set to stall out during the year, losing the momentum they've sustained since mid-2010.

To put that observation into a larger context, our next chart shows the S&P 500's quarterly cash dividends per share going back for each quarter since 1988-Q1. Why only go back to this quarter? That's because the first quarter of 1988 is as far back as Standard and Poor provides this data in quick and easy to access spreadsheet format! 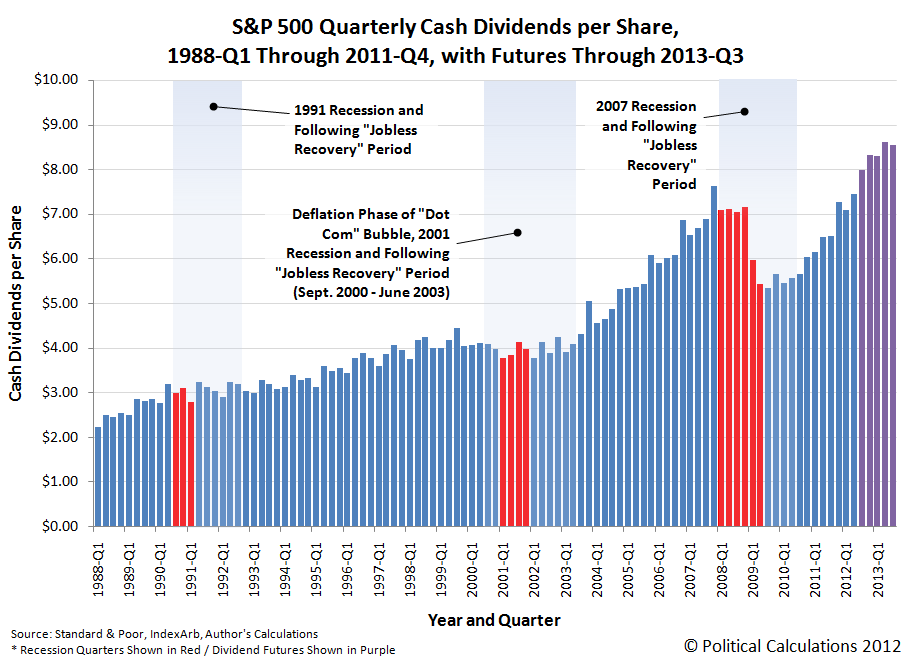 Here, we see that what happens with the S&P 500's quarterly dividends provides a pretty good indication of what's going on with the U.S. economy, and in particular the U.S.' employment situation, as growing levels of dividends generally correspond with a growing job market, while falling or flat dividend levels correspond with a poor job market.

Even falling dividend levels from a previous quarter correlate to periods of poor economic performance in the U.S., which we've referred to as microrecessions. And from this vantage point, 2013 would appear to be set to have at least two of them during the year. Or maybe that's just us being optimistic in our reading of the data....

That, of course, assumes that the future will play out as investors currently expect. As best as we can tell, there is clearly not much optimism for the fate of the economy going into 2013.