How does President Obama's contribution to the national debt compare to those of other modern Presidents?

To answer that question, we're going to express the United States' total public debt outstanding in the more human scale terms of U.S. households, for which the U.S. Census provides data going back to 1967. Our chart below summarizes what we find when we calculate the national debt per U.S. household for each of the U.S. government's fiscal year from 1967 through the just ended fiscal year for 2012, both in nominal and real (inflation-adjusted) terms. 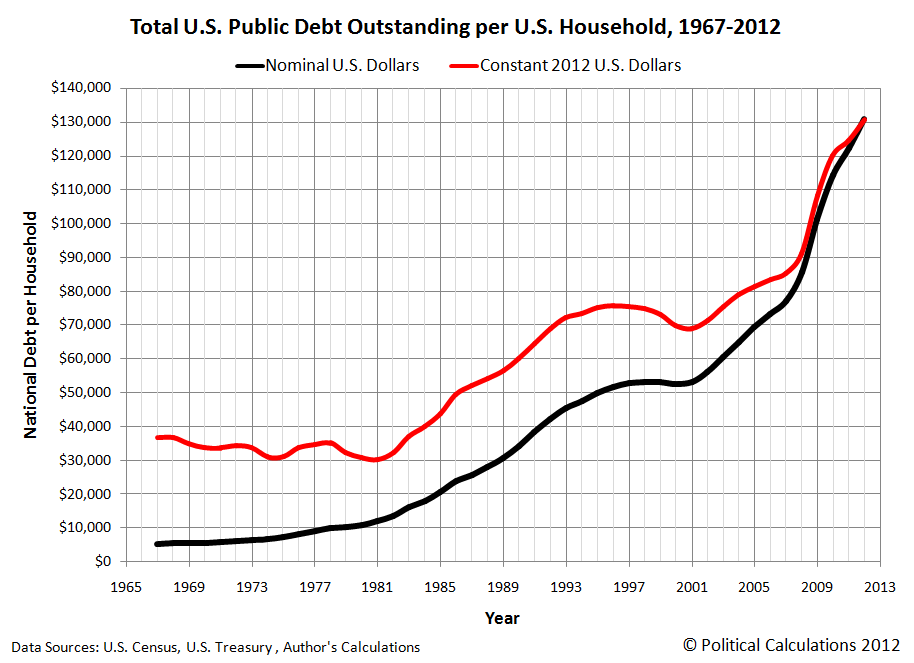 Here's how much each President since 1969 added to the U.S. national debt burden per household on average for each year they were in office, after adjusting for inflation (note: we're omitting the data for 1967 and 1968 since it coincides with only part of Lyndon Johnson's term in office): 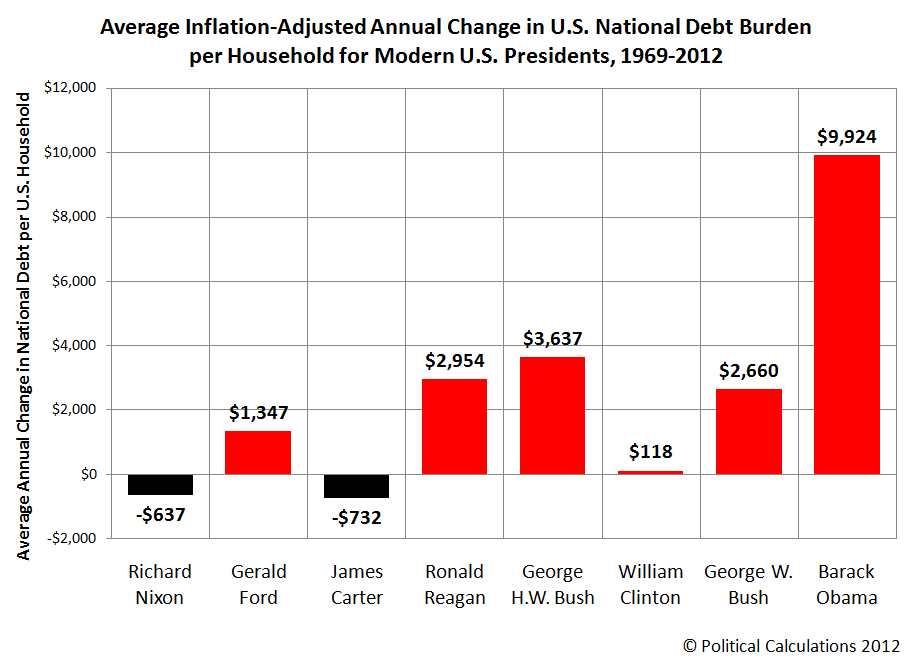 After accounting for the effect of inflation, we find that President Obama is racking up national debt at a rate that's nearly three times faster than any other U.S. President in the modern era since 1969.

That's quite an achievement.