Our first chart shows where things stand with respect to the year over year growth rate of what each nation exports to the other: 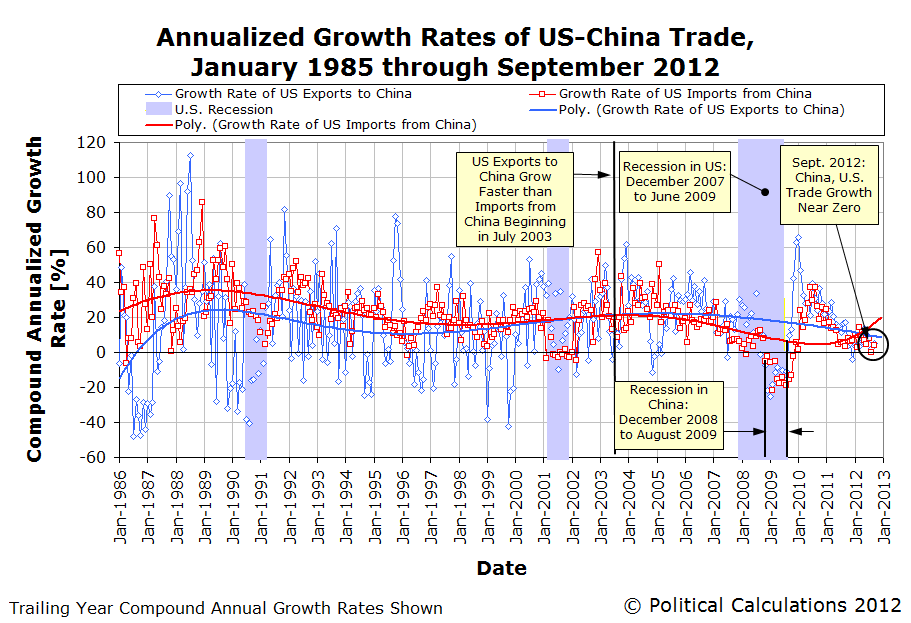 What this chart tells us is that the value of trade between the two nations are continuing at near-zero levels of growth. For the U.S., that indicates a near-recessionary condition, while for China, this result indicates that nation is continuing in recession, now nearing its one year mark. 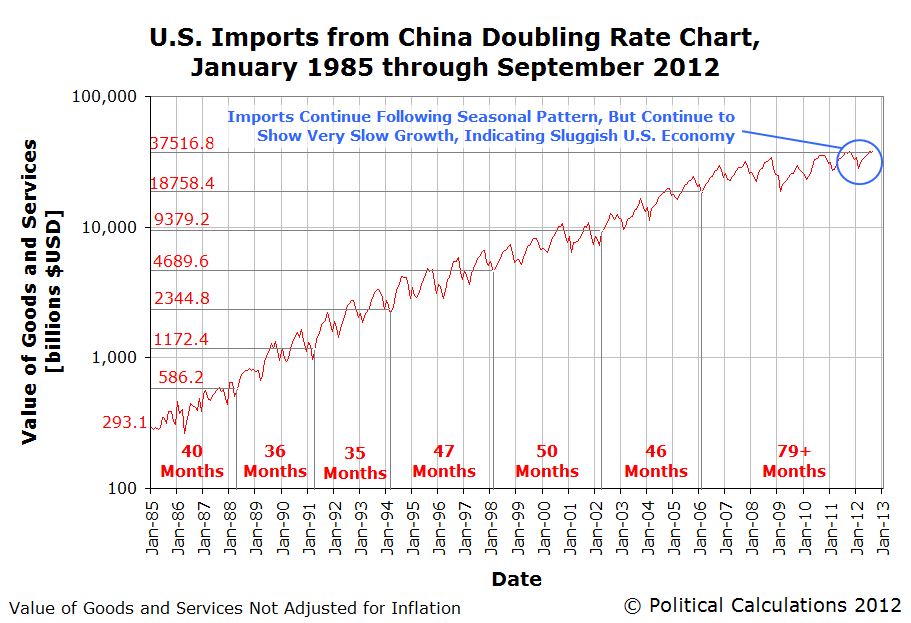 In reality, because the value of the U.S. dollar has been falling with respect to the value of China's currency since early 2010, the value of trade shown in the chart above represents a lower quantity of actual goods and services traded today than what similar values in 2010 would indicate.

Next, we confirm that China's economy isn't growing very fast, as the value of goods and services exported by U.S. companies continues to be in the same narrow range it has been since December 2010. 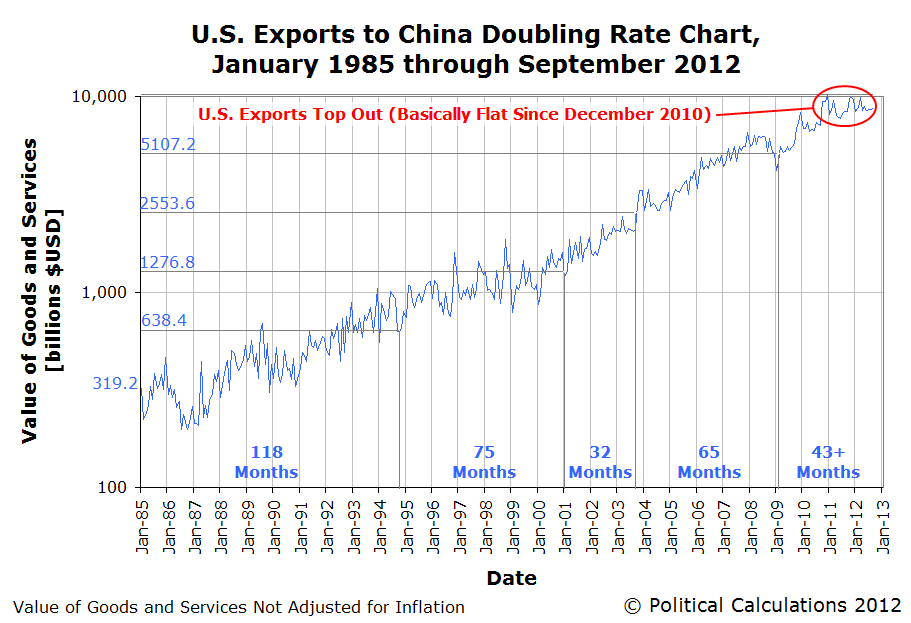 Here, the falling value of the U.S. dollar with respect to China's currency means that this chart is also overstating the value of U.S. goods and services imported by China since 2010.

Comparing the two nations, the U.S. economy is currently performing better than the Chinese economy. However, that's not saying much considering the flatlining growth trend of trade between the two nations.