Following NRA spokesman Wayne LaPierre's call for placing trained armed guards in each of the nation's public schools, gun control advocates went on the attack and refused to give the idea any meaningful consideration. We thought it might help to review the timeline of the shootings on 14 December 2012 to see if it might be a good idea.

As best as we can tell from the timeline of the event, it took roughly 11 minutes for the first responders and police SWAT team to arrive at the school after the event began, after traveling the 2.3 miles to reach the school from the Newtown police station - a trip that in ordinary conditions would take approximately 7 minutes, not counting the time needed to get prepared to deal with the event. Their arrival precipitated the end of the event, as the suspect, Adam Lanza, committed suicide shortly after realizing that armed police had arrived and were closing in on him. 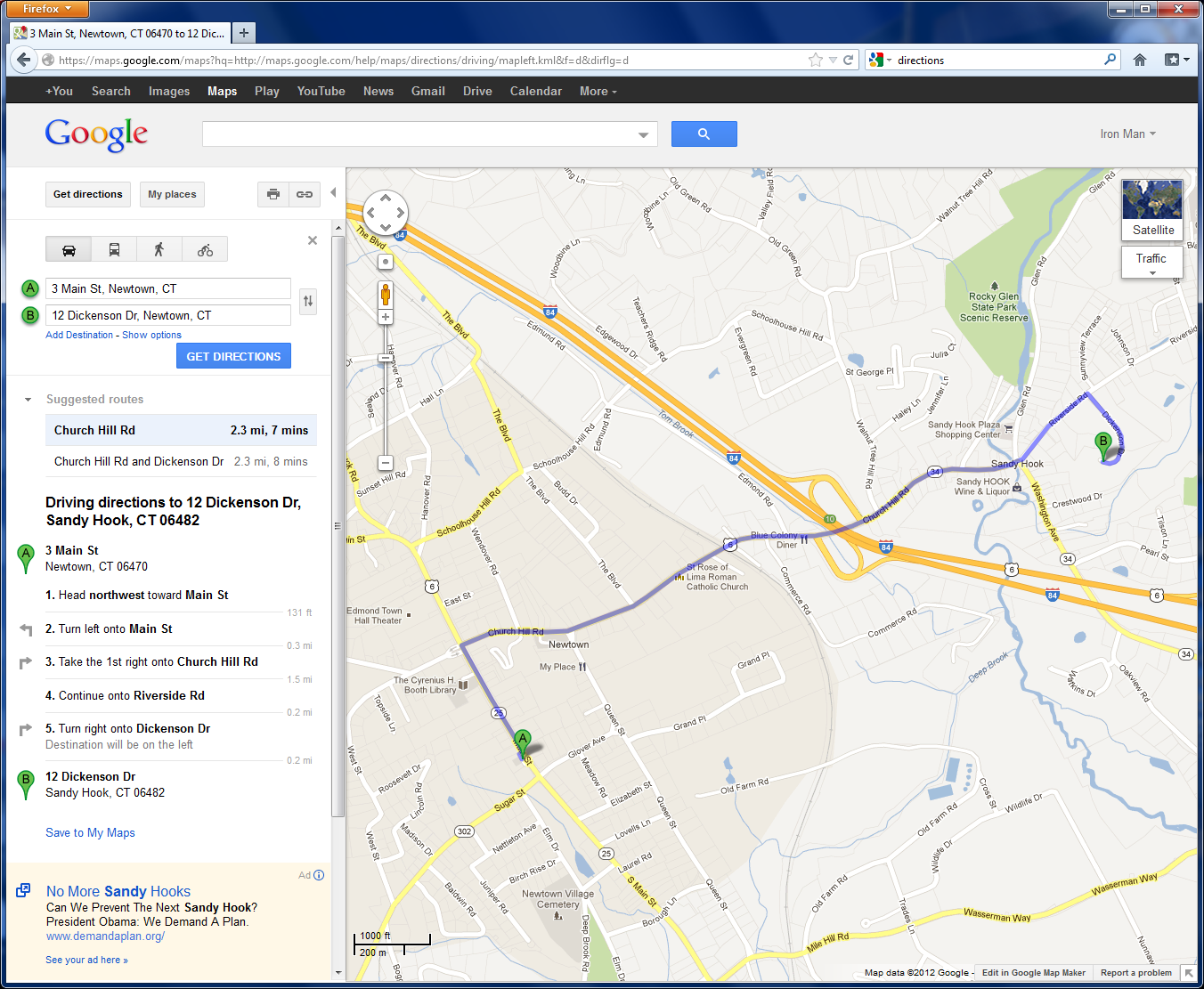 During those eleven minutes before the police arrived and finally closed in on his position, Lanza was completely unopposed by any armed individual, using the time to fire over a hundred rounds to kill 26 people - 6 adults and 20 children.

Would placing trained armed guards or police officers in the nation's public schools then really be so unreasonable? Shouldn't public officials have a special obligation to ensure the safety of our children when they are compelled to be placed in their care? Can there possibly be a good reason why the pro-gun control Brady Campaign to Prevent Gun Violence's extensive 41 page-long list of all on and off-school campus shooting incidents since 31 January 1997 contains just one mention of any kind of security guard (for a 22-year old student offender, Law Thien Huynh, who first argued with, then killed security guard training class instructor Roberto Herrera, who had negatively criticized Huynh on previous occasions)?

Or is it good enough for public officials to place that kind of protection some eleven minutes and 2.3 miles away from the children in their care?

Update 6 January 2013: We incorrectly identified the identity of the Sandy Hook Elementary offender as Ryan Lanza, the brother of the actual homicide offender Adam Lanza, which has been corrected in the text above (shown in boldface type). Our apologies for the error, which was the result of the police's misidentification of the shooter in their original reporting for the incident.