Political Calculations
Unexpectedly Intriguing!
13 February 2013
How Many Pages Long Is the U.S. Income Tax Code in 2013? 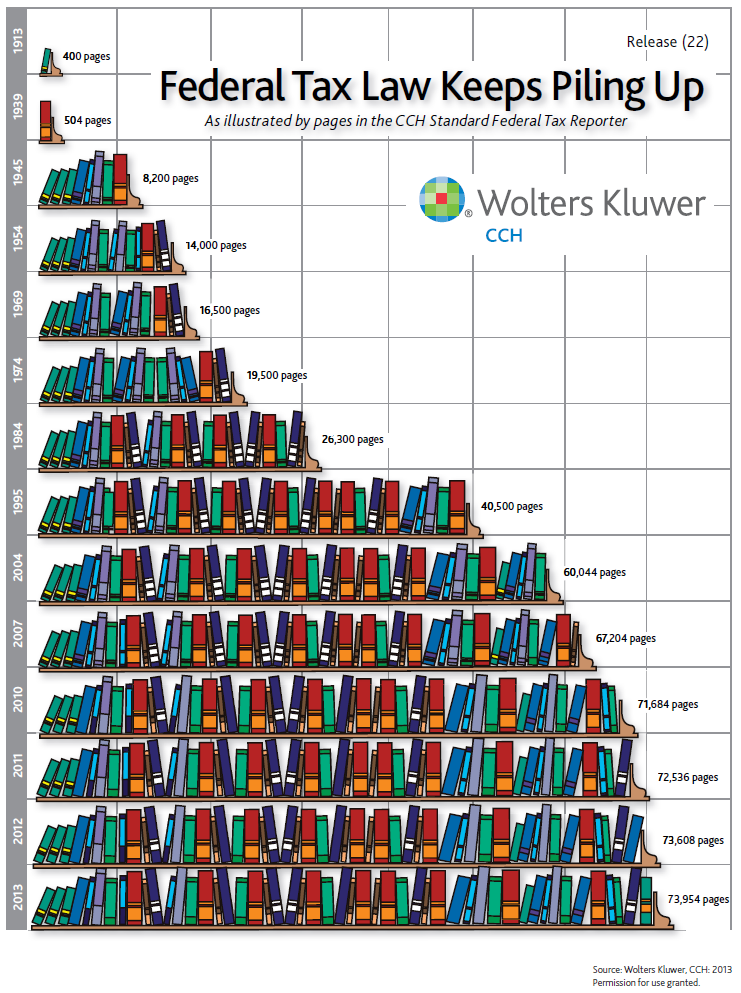 Believe it or not, that represents an improvement from the trend that has existed since the end of World War 2, where the tool we developed to project the number of pages needed to explain the U.S. income tax code had anticipated that 77,030 pages would be needed in 2013.

You might think that our tool being "off" by 3,076 pages might depress us, especially after our tool was just 1.3% (or 956 pages) off from 2012's total of 73,608 pages. But it's really a cause for celebration, especially when you consider the real reason why the U.S. tax code isn't growing as much as our tool would project: it's an ongoing benefit of having perhaps the laziest U.S. Senate ever in U.S. history, while the more functional U.S. House of Representatives is controlled by the opposing political party!

So if the U.S. income tax code only grows by 346 pages instead of the 3,076 that the post-World War 2 trend would have predicted, count your blessings that you live in a country where having different political parties in control of different branches of the government results in the kind of non-productivity that can prevent truly bad things from happening.