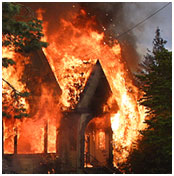 As all fans of the Discovery Channel's Mythbusters know, it takes three things to make a fire: fuel, oxidizer and a spark. If you combine these three things in the right proportions, you too can make a fire.

Let's start by considering the circumstances that launched the first U.S. housing bubble back in 2001. Here, the leading role of "fuel" will be played by the Federal Reserve's policy regarding interest rates. The role of "oxidizer" will be represented by a number of factors that are always present in the economic environment, much like oxygen is always present throughout the Earth's atmosphere. These factors include things like mortgage loan underwriting policies, state and local zoning policies, etc.

But the key role of the spark belongs to another bubble, whose own origins we've already addressed: the Dot-Com Stock Market Bubble.

Let's set the stage. The Dot-Com Bubble, which began in April 1997, reached its peak in 2000. Here, stock prices had inflated dramatically until the S&P 500 peaked at a value of 1,527.46 on 24 March 2000, after which the stock market bubble entered into its deflation phase as stock prices began moving sideways for the next five months. 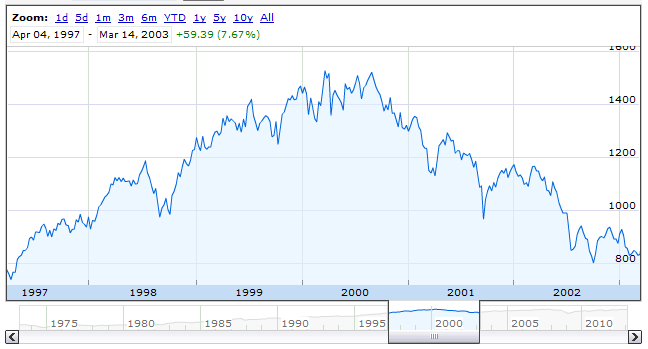 Stock prices then began to fall steadily in September 2000. By the end of 2000, the S&P 500 had lost 10% of its value from its August 2000 average peak. Stock prices then rebounded a bit in January 2001 before falling back in February 2001. And then the deflation phase of the Dot Com Bubble really took hold as the U.S. economy entered into recession.

Stock market investors got whipsawed over the next several months, as stock prices became extremely volatile. Overall, stock prices fell sharply, as many investors sold off their holdings and exited the stock market, taking whatever profits they still had and capping off their losses.

The sheer amount of funds that left the market at that time is astounding. From September 2000 through September 2001, the market capitalization of the S&P shrank by 25%, as investors pulled 3.2 trillion dollars out of the U.S. stock market. They then began looking for something else to do with all that money.

And that's where the fuel represented by the Federal Reserve's policy on interest rates comes onto the scene. Recognizing that the U.S. economy was falling into recession, the Fed began implementing a series of interest rate reductions throughout the year, reaching historic lows. In response, mortgage interest rates soon reached levels not seen in years.

So what did the investors who had pulled their money out of the stock market react to that situation? Well, they started buying real estate. Lots of real estate, as the following story that appeared in the Chicago Tribune in July 2002 indicates....

Some figures suggest that buyers are funding the bigger down payments by cutting their losses in the market. It's estimated that investors withdrew more than $20 billion from mutual funds during the last month.

Bill Stofko, a native of Fort Lauderdale, Fla., who has long invested in historic properties in Key West, Fla., moved some of his capital back to his hometown in the last year.

He purchased a unit in a high-rise condo under development. It has gone up 10 percent in value even though construction hasn't started.

"I have money in the stock market, but in the last two years it's gone down," Stofko said. "I'm putting it in real estate."

In just a matter of months following the monthly peak of the S&P 500 in August 2000, the available inventory of housing for sale in a number of regions across the United States was depleted, creating relative shortages of homes for sale in the local markets seeing the greatest infusion of Dot-Com Bubble dollars. Consequently, with demand now greatly elevated in these regions, home prices began to rise sharply in November 2001, which marked the beginning of the inflation phase of the first U.S. housing bubble at the national level. 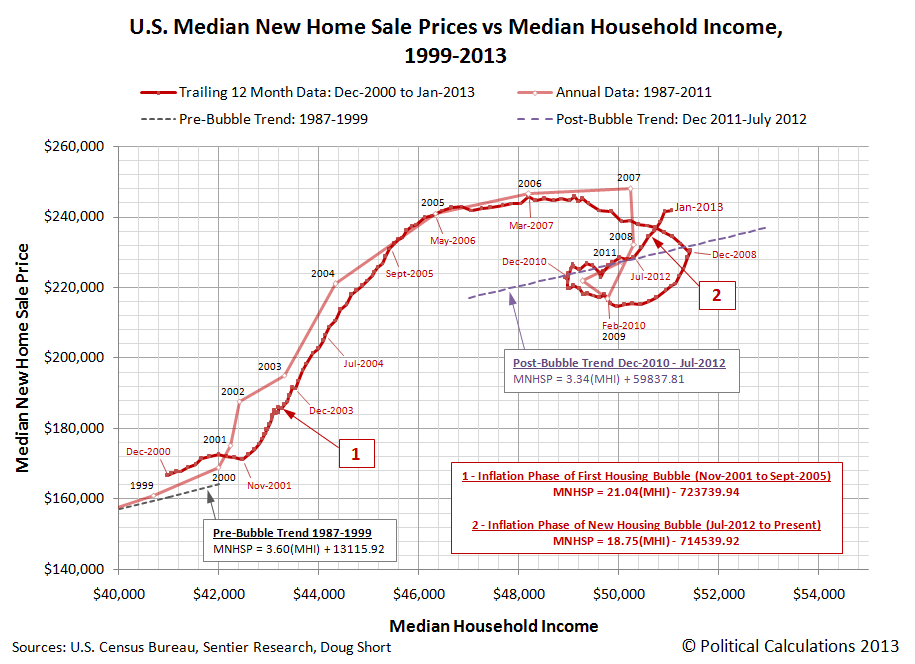 That month also marks the official end of the 2001 recession.

In Part 2 of our story, we'll discuss how the "oxidizer" element of the U.S. housing bubble, which was present all this time, affected not just where the housing bubble really caught fire, but also who would ultimately come to be burned by it.