Not long ago, we featured a pretty cool looking chart illustrating the many minimum wages that have applied at the federal and for various states in the U.S. since 1994. Today, we're streamlining things a bit to determine the national average minimum wage for the United States!

To do that, we've calculated the percentage share of each state's population with respect to the combined population of all 50 states and the District of Columbia, and multiplied each state's share of the U.S. population by the greater of either the federal minimum wage or the state's minimum wage. We then summed up the results for each year from 1994 through 2012 to find the population-weighted national average minimum wage for the United States.

Those basic results are presented below: 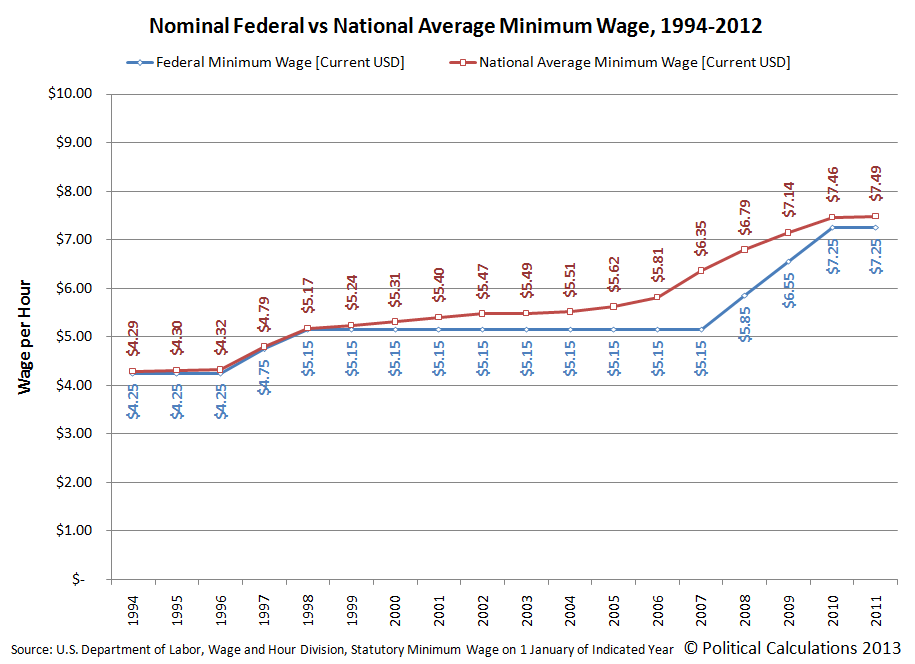 And here are the results for each year again, this time adjusted for inflation to be in terms of 2012 U.S. dollars! 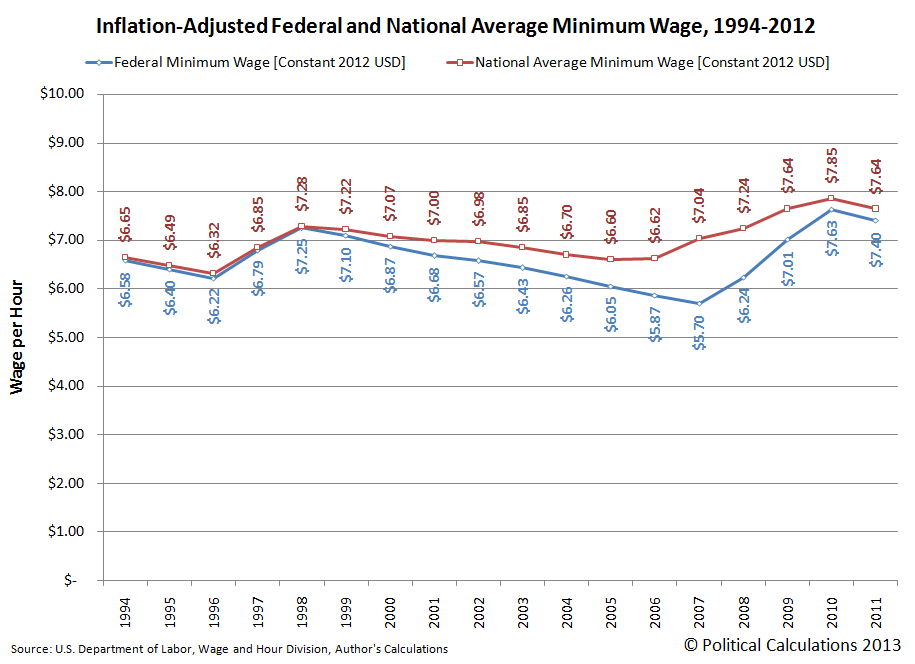 The timing of when these large population states increased their minimum wages over the years also explains an apparent anomaly for those analyzing U.S. national employment data. Namely, why increases in the federal minimum wage would not appear to generate the large reductions in the number of the employed that might be expected in economic theory.

We think that factor goes a long way to explaining why the Age 15-24 population of the U.S. with incomes saw a net decline during the years from 2004 through 2006, which were otherwise characterized by solid economic growth in the U.S. 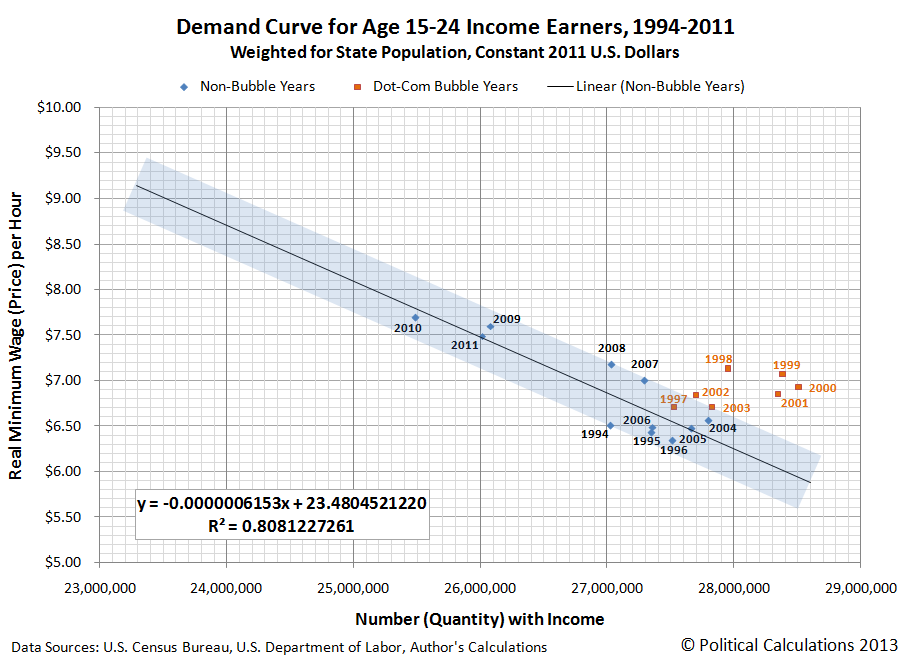 It would seem that all it took to make that decline happen during these years was for the large population states of Florida, Illinois, New Jersey, New York and Wisconsin to rashly boost their minimum wages above the federal minimum wage level of $5.15 per hour, as those five states together account for over one-fifth of the U.S. population.

Meanwhile, virtually all of the net decline in the number of Americans between the ages of 15 and 24 with incomes during these years occurred at the levels of annual income that would be most directly affected by the minimum wage increases that occurred in each of these states.

(Note: The data for the Age 15-24 segment of the U.S. population is the most likely to show the real effects of minimum wage increases, because American teens and young adults make up approximately half of all individuals earning wages at or near the federal minimum wage level.)

By the time the federal minimum wage was increased to $5.85 per hour nearly two-thirds of the way through 2007, the impact that might otherwise have occurred was muted, which we see in the number of American 15-24 year olds with incomes declining much less than might otherwise have been expected from the 13.5% increase in the federal minimum wage that took effect on 24 July 2007.

And that's what separates our minimum wage impact analysis from other efforts that only look at the federal minimum wage - we've accounted for the different minimum wages that most affect the population of the United States!